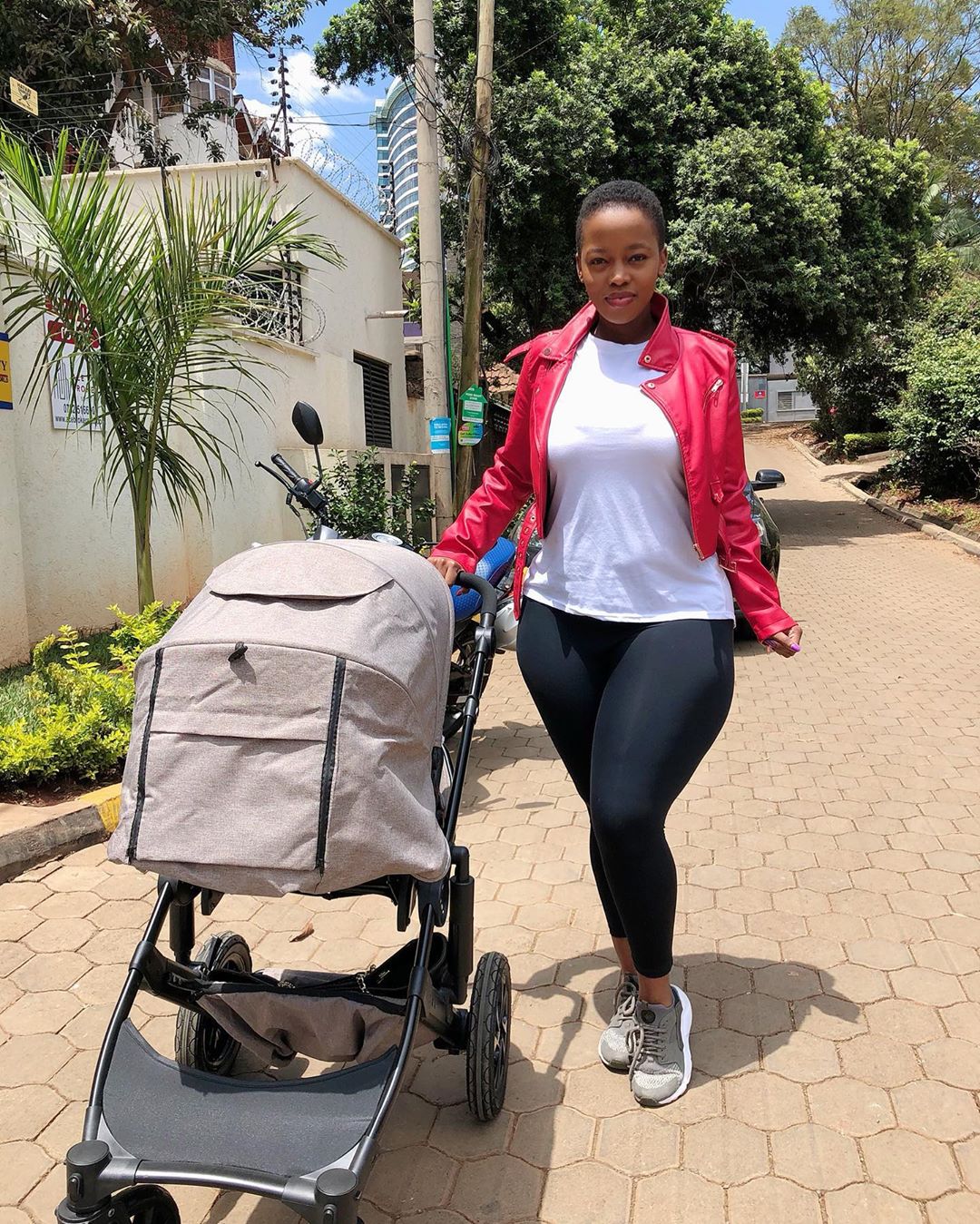 Fitness bunny Corazon Kwamboka shows off her post pregnancy body: Snaps. Curvy socialite Corazon Kwamboka is done flaunting her flat tummy on the gram, now serving fans the aftermath of her postpartum body. The babe who has been keeping her business private was spotted in the kitchen putting together a small dish for her boo, Frankie Kiarie aka Frankie Just Gym It and her baby pouch looks adorable.

The lass who had to undergo a C-section to ensure the baby’s safety and hers as well decided to take it slow on her body as she goes through healing and embracing first-time motherhood and her unfiltered photo sure looked gorgeous on her.

How beautiful the bandage dress hugged her bulging baby pouch was admirable. Corazon had confirmed she was no longer in the business of living up to other people’s standards and was going to do it her way. Her new look since welcoming baby boy Taiyari has only helped transform her into a younger, sassy and more natural 26-year old.

However, with a fitness coach of a baby daddy, Corazon has had to hit the gym occasionally trying to get her body back in shape and fit but does not seem any worried or interested to fasten her snapback. If anything, the lass is keeping it busy with her baby boy, the first to call her ‘mummy’.

What has stood out for fans about Corazon unlike other local socialites is how she minds her business, keeps it natural and lives life by her rules. The babe doubles up as an Advocate of the High Court of Kenya and fitness enthusiast running her business Genio sport.