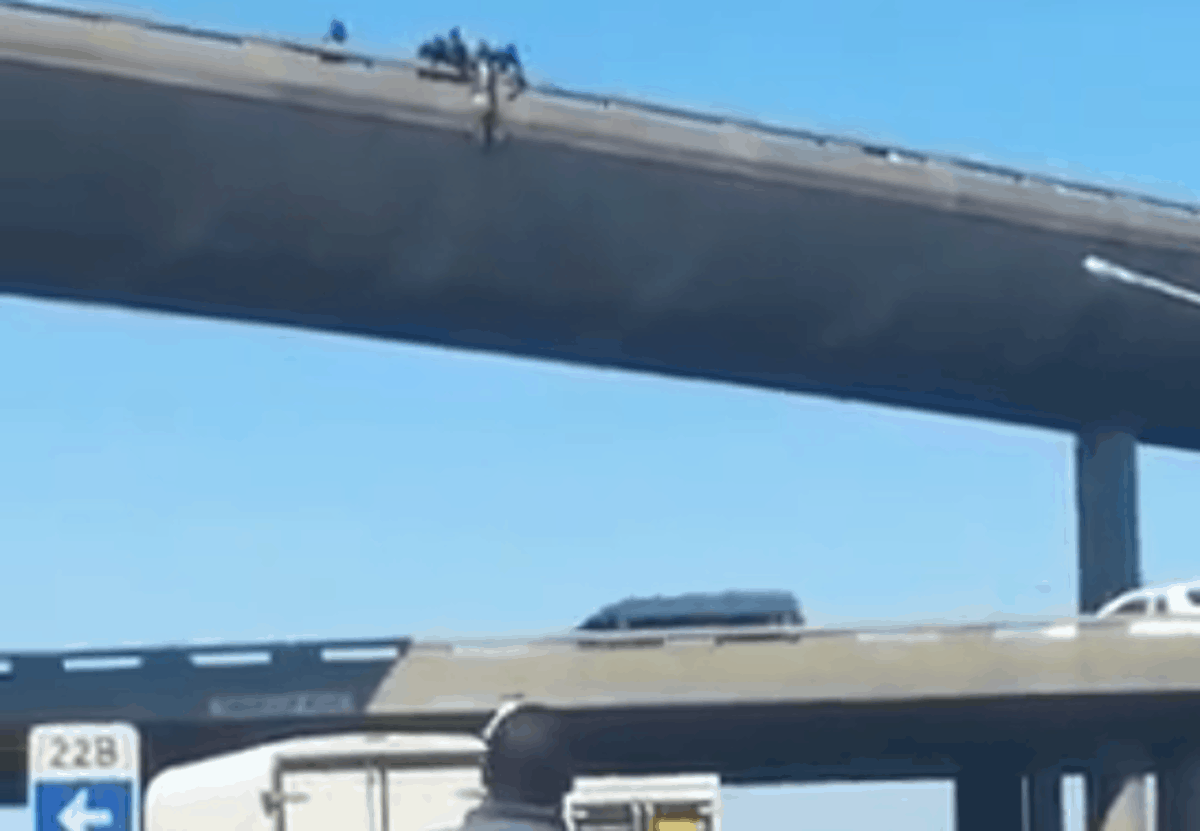 Person assisted to safety after threatening to jump from the R300 Highway Bridge: Video. People in the country are going through various struggles in life and may end up deciding to do things that will lead to their death.

As a case in Cape Town yesterday a man was saved after being a whisker away from committing suicide by dropping himself from the R300 Highway Bridge. He was saved by police after the moroist delayed him from jumping by reasoning with him.

From the video the man was seen hanging upside down, only hanging his legs on the bridge pavement as his whole body was swinging as he was upside down. Police were quick to react to the scene thus saving the man’s life. Watch video below

Somizi Mhlongo-Motaung’s fans and followers have lashed out at the star for describing his friends as “poor”. Somgaga posted a video on Twitter of his holiday at a nature reserve in Ematendeni where he and his friends are currently glamping.

In the video, Somizi was standing on the top of a treehouse looking down on his friends. He then screamed out jokingly to them from up above “hello poor people”. Learn More