Police are investigating if the two murders are linked to the ongoing xenophobic attacks and rampant lootings in many parts of Gauteng. Two more burnt bodies were found in Katlehong on Thursday morning.

Police spokesperson Colonel Lungelo Dlamini said they were investigating two cases of murder after the two people, who are yet to be identified, were assaulted and set alight in Katlehong.

Dlamini said police were also investigating if the two murders were linked to the ongoing xenophobic attacks and rampant lootings, torching and damaging of properties that were taking place in many parts of Gauteng.

“As some of the shops owned by foreign nationals remain closed, criminality in the form of public violence has taken over and more shopping centres in Ekurhuleni are being targeted,” said Dlamini.

The incident follows the discovery of two bodies burnt beyond recognition in Alexandra on Wednesday. The two bodies were found inside shops torched by looters during xenophobic violence in the area.

Gauteng has experienced widespread violence and looting over the past few days, some of which has been linked to xenophobia.

In Tembisa, also in Ekurhuleni, police arrested 54 people who were trying to break into a local shopping mall on Wednesday.

“Other shopping centres in Daveyton, Tsakane and Katlehong were also targeted, but due to increased police deployments, attempts to break into those shopping centres were prevented by the police. Other suspects were arrested in other parts of Ekurhuleni for possession of stolen goods, possession of unlicensed firearms, murder, attempted murder and public violence,” he said.

“In KwaThema and Thokoza, police seized three firearms, one from a landlord, and two unlicensed firearms from two foreign nationals who were shooting randomly at a group of people roaming around with a possible intention of looting.

“The landlord was arrested in KwaThema, when he confronted and opened fire at a group of people who came to loot a tuck shop on his premises. A person was fatally shot and another taken to the hospital with gunshot injuries. Twenty other arrests were made in Germiston on charges of possession of suspected stolen properties,” he said.

Police are also monitoring a hostel in Tembisa where four vehicles were found burnt and several people were reported to have been robbed.

Other areas of Johannesburg and Tshwane remained calm as police increased their visibility.

Gauteng police commissioner Lieutenant General Elias Mawela said he was impressed by law-abiding citizens who took a stand against criminals who were targeting businesses in their neighbourhoods.

Mawela said some communities had joined the police to restore law and order in the areas.

Dlamini said Mawela was impressed by some Katlehong North residents who confronted a group of looters who had broken into a local mall and looted two stores on Wednesday night.

“Residents chased the group away and prevented further looting of other stores,” said Dlamini.

In other news – Elderly man dies after falling from the roof

At 14H48 Thursday afternoon, Netcare 911 responded to reports of a person that fell at a construction site in Waterkloof Pretoria. Reports from the scene alleged that an adult male had fallen approximately three meters off a roof while doing an inspection. 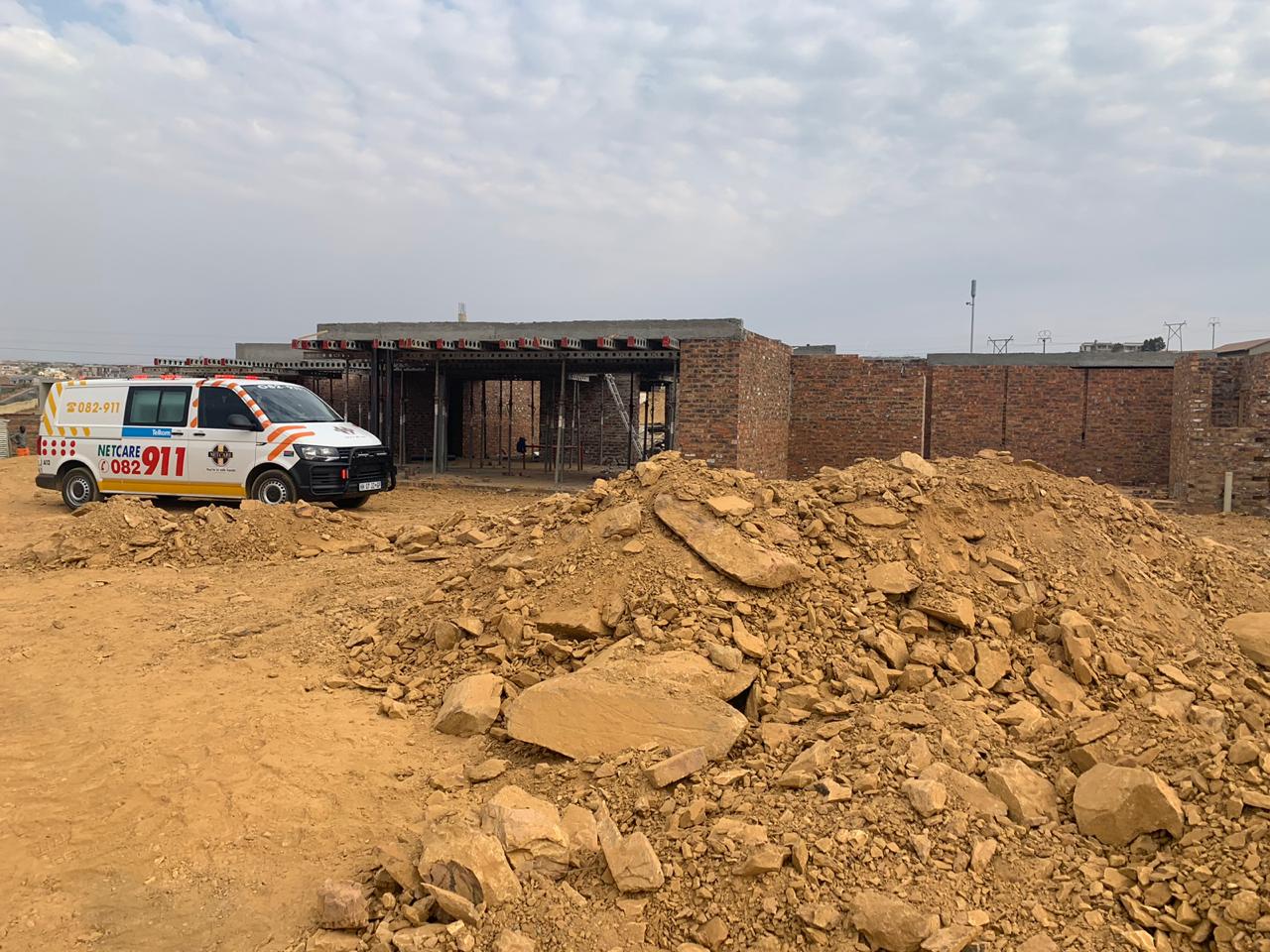 Medics assessed the patient and found that he showed no signs of life and was sadly declared deceased on the scene. continue reading