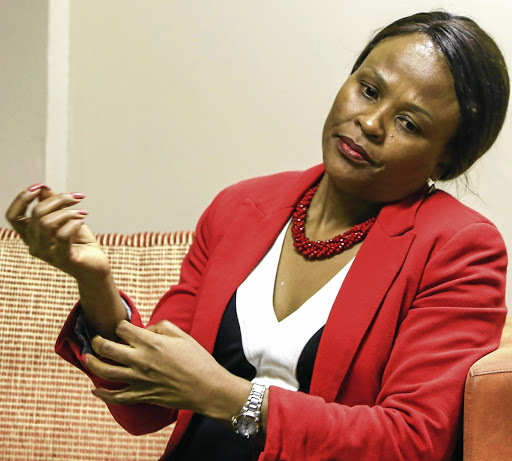 The investigation relates to the R500,000 Bosasa donated to Ramaphosa’s ANC presidential campaign in 2017.

The FIC is defending its decision to hand over the bank statements, saying it acted within the prescripts of the law.

Mkhwebane used the banking details in her report on Ramaphosa.

She found evidence of money-laundering.

The President is challenging the report in court.

The FIC says it’s monitoring the legal showdown between Ramaphosa and Mkhwebane and will intervene if needed.

Oros Mampofu took to social media to share the sweetest birthday shout-out to his bae, Bianca Carmicheal. He confessed how lucky he was to have a person of her character in his life. Fans also wished Bianca Carmicheal a happy birthday.

Mzansi actor, Oros Mampofu and his baby mama, Bianca Carmicheal, are indeed couple goals. They really get and appreciate each other. continue reading

Related Topics:Busisiwe Mkhwebane
Up Next