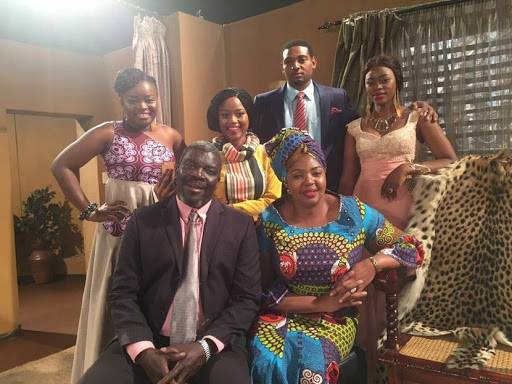 Senamile has a shrine dedicated to her obsession with Azwindini. Skhu, KK and Moliehi see Moliehi’s death through, accompanied by a death certificate. Vho-Mukondeleli saves her voice as she speaks in gestures.

Vhangani is filled with trepidation as his day of reckoning slowly approaches. Seretse seems to have an axe to grind with Muzi and it’s getting on Gugu’s nerves. Tenda hits an all-time low as he licks his wounds from the marriage fiasco.

Kgosi may have been found and Vhakoma is keen to protect him. Muzi is caught for his dealings and Seretse is onto him. The cleaning company at MMC is sloppy and this causes a serious mess.

Vhangani hears a conversation he was not meant to hear, and he decides to flee. Seretse discovers something about Muzi and he is conflicted over doing the right thing. Warona suffers the consequences caused by the sloppy cleaning company.

Kgosi wants to know from Vhangani whether the accusation hurled at Vhangani is true or not. Imani steps in when Gugu threatens to out Muzi to his new wife. Warona secretly enquires about the MMC cleaning tender and then acts as if she isn’t interested.

Vhangani pleads with Kgosi to help him come clean to the royal house. Imani has unknowingly led the prey into the lion’s den by propelling Gugu straight to Seretse. Rendani discourages Shaz from pursuing the MMC cleaning tender.

Vhanagani has only one shot to clear his name and it has to pay off. Gugu and Seretse’s fling rapidly turns into an uncontrollable habit. Shaz’s hopes of becoming a tender-preneur hit an unforeseen speed bump.

Apparently KK is the lost father who mingled with princess Lefuno years ago. Imani wants to cheer Gugu up, but Gugu is already cheering herself up with what belongs to Imani. Shaz finally finds an unlikely partner to apply with for the MMC cleaning tender.

Vhangani makes a tough decision, when he decides to leave the royal house. Imani finds Gugu and Seretse shackled up in a hotel room. Warona finds out that Shaz was lying about her father helping them out with securing the tender.

Azwindini amends his relationship with loyal Vhangani. Imani and Gugu go at each other over a man. Warona and Shaz get a pleasant surprise for their business.

Susan feels an immediate connection with Vhutshilo’s therapist. Seretse tries to apologise to a broken hearted Imani. Warona and Shaz panic when their cleaners do not show up.

Senamile’s secret obsession over Azwindini prompts devious behaviour. Gugu’s betrayal of Imani has far more implications than meets the eye. Warona and Shaz have sleepless nights thanks to their entrepreneur woes.

Senamile has an unnatural fascination with the Vhakwevhos. The consequences of Gugu and Seetse’s infidelity are more far reaching than Imani imagined. Warona and Shazi’s business seems to be going down before it even started.

Senamile’s obsession with Azwindini increases to a new level. Gugu and Imani’s relationship threatens to be damaged for good. Warona and Shaz’s venture brings about challenges.

Azwindini finds himself out of the comfort zone as him and Susan are subjected to Senamile’s manipulations. Imani discovers that the schism between her and Gugu is affecting Lethu. Desperate times call for desperate measures as Shaz and Warona try to keep their business afloat.

Senamile’s plans are going a lot better than she expected. Imani comes to a decision concerning relations with both Seretse and Gugu. Mpfareni thinks Vhangani can be the next best singing sensation Thathe has ever seen.

Mpho has a bad feeling about Senamile, and she also sees through her. An unexpected blast from the past – Skhu – returns to see Moliehi. Vho-Mukondelei finds a new vocation and she is confident about it.

Tenda thinks he saw a ghost but he actually saw what he saw. James’s prayers are answered and all seems well. Vhangani’s bubble bursts when he finds out Vho-Mukondeli will be competing with him.

Tenda bumps into an old enemy – he is not impressed at all. Moliehi seems to be back to her old antics. Vho-Mukondeleli seeks help from an unlikely ally.

Senamile brazenly lures Azwindini into her web of deceit. At the expense of her own blood, Moliehi crafts the most evil plan to get back at James. Vho-Mukondeleli manages to hit all the right notes, leaving Vhangani a little uneasy.

Tendamudzimu pitches up and dredges up Senamile’s past. Moliehi and KK have a funeral to plan. Poor Mpho has been summoned to judge Vho-Mukondeleli’s chances at the competition.

Senamile has a shrine dedicated to her obsession with Azwindini. Skhu, KK and Moliehi see Moliehi’s death through, accompanied by a death certificate. Vho-Mukondeleli saves her voice as she speaks in gestures. Muvhango is on SABC2 from Mondays to Fridays at 21h00.

Coming up on Rhythm City this September 2019