UCT vice-chancellor Mamokgethi Phakeng says the institution has established a scholarship in the student’s honour.

The courageous and fighting spirit of Uyinene Mrwetyana, who was raped and killed, allegedly by a post office employee in Cape Town last month, will live on through a fellowship and foundation created in her honour.

This was announced at the slain 19-year-old’s funeral in Beacon Bay, East London, on Saturday morning to a full hall of family members and friends.

University of Cape Town vice-chancellor Mamokgethi Phakeng told mourners that the institution had established a scholarship in the film and media studies student’s honour. It will be called the Uyinene Mrwetyana Scholarship for Women in Humanities Studies.

“No child dies without a legacy or purpose,” said Phakeng.

“Uyinene lived a short life but it was beautiful and powerful. She was gifted, bold and an intellectual. We don’t want her death to be just another statistic.” Phakeng added that funds from the UCT community had already started to flow in, so much so that they were ready to fund the studies of a student starting at the institution in January 2020.

A letter was read out on behalf of Mrewtyana’s mother, Nomangwane, who is also a university academic and a the director of student affairs at Rhodes University, in Makhanda.

She would be establishing a foundation in her daughter’s honour that would continue the fight against violence against women.

She described her daughter as a fierce activist who detested any form of social injustice. She also mentioned her daughter’s fighter spirit.

“I will miss you. I will miss your outspokenness. You were the one that always pushed me to speak, you would say ‘Thetha mama, vula umlomo (Speak mom, open your mouth)’. My Uyiuyi, an extremely independent and organised lady from very early on in life. You were an explorer, very different from me and you would call me boring.

“I’m sorry that I warned you about all other places but not the post office. I’m sorry I was not there to fight for you, my girl… I love you, my girl,” the letter read.

Her older brother Esona described his sister as a no-nonsense-taking, forthright young lady who would take him to task if he used her pet name “Uyi” in public or in front of her school mates. “Her untimely passing has revealed the evil that exists in this world. Evil that she despised. I can’t remember the last time we went out as a family and she did not criticise the injustices that existed in this world against women.”

He said even at home, his sister was always quick to call him and their father Philip out on their patriarchal habits. He said she wasn’t scared to tell her parents, who are devout Christians and who lead a church called Christ Ambassadors, that they should always practise what they preach to others.

Struggling to fight back tears, Esona told his sister: “I know you’re in a better place where there’s no sickness, no anxiety and no stress. But only pure joy and peace.

“The one thing I’ll hold on to is that to your last breath, you were fighting. I’m sorry I wasn’t there to fight for you. But your fight is now our fight,” he said, breaking down.

A letter was also read out on behalf of her father, Philip. In it, he expressed his deep love for his daughter, the tight bond they shared and her love for God.

“Kwenzekile sana lwam, ndibuhlungu kakhulu (What has happened has happened my child, I am in deep pain). I promise to carry you with me for as long as I live. God bless me forever meeting you. I love you.”

Following the news of Mrwetyana’s death, the nation was shaken and took to the streets to protest. Her death came after the bodies of a string of women were found throughout August, which is also Women’s Month. Among them was professional boxing champion Leighandre “Baby Lee” Jegels.

Jegels was shot and killed, allegedly by her boyfriend. Her mother was also shot and injured and is recovering in the hospital.

The protests took place in major cities around the country and they include one outside Parliament and outside the Cape Town International Convention Centre, where the World Economic Forum was held. Citizens, mostly women, called for President Cyril Ramaphosa to take decisive action and bring back the death penalty.

In his address to protesters on Thursday, Ramaphosa said: “We have heard the calls of the women of our country. The collective anger, fear and pain must strengthen our resolve to end all forms of violence perpetrated by men.

The following day, on Friday, Ramaphosa visited the Mrwetyana and Jegels homes in East London to pay his respects. Speaking at Mrwetyana’s funeral on Saturday, Police Minister Bheki Cele echoed Ramaphosa’s statement, saying bail should not be easily attainable for offenders and that his department would push for this.

He also told mourners he had been instructed by Ramaphosa to revisit a case which had been withdrawn years ago, against Mrwetyana’s alleged attacker. This, after it was revealed that he had previous convictions and had tried to rape a woman in a hospital while he was there to visit his girlfriend.

Although Justice Minister Ronald Lamola has cautioned against calls to bring back the death penalty, saying it would not necessarily reduce femicide, Cele told mourners on Saturday that he was not opposed to it.

He asked the Mrwetyanas to allow the government to use Uyinene’s name to serve as a reminder that they should never drop the ball as the police. 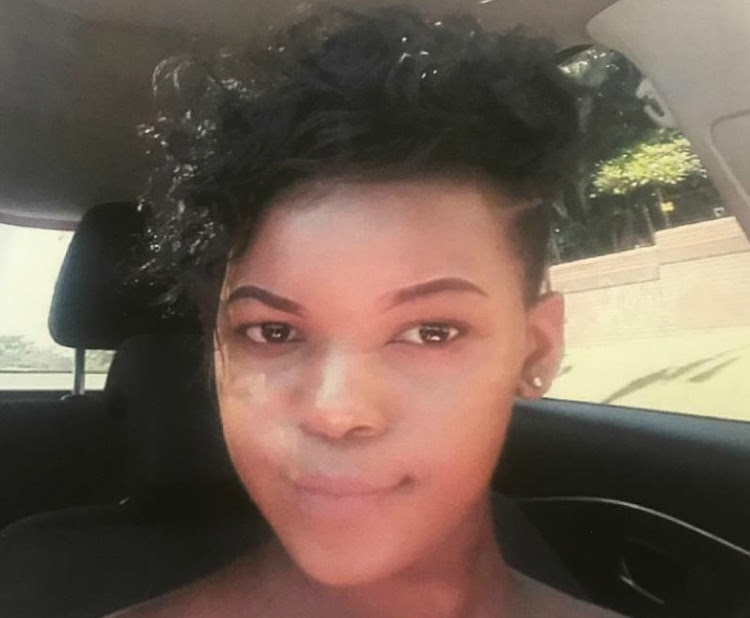 On Saturday evening, police spokesperson Col Thembeka Mbele said Ncwane had been found alive. She had been dropped off by her kidnappers. continue reading