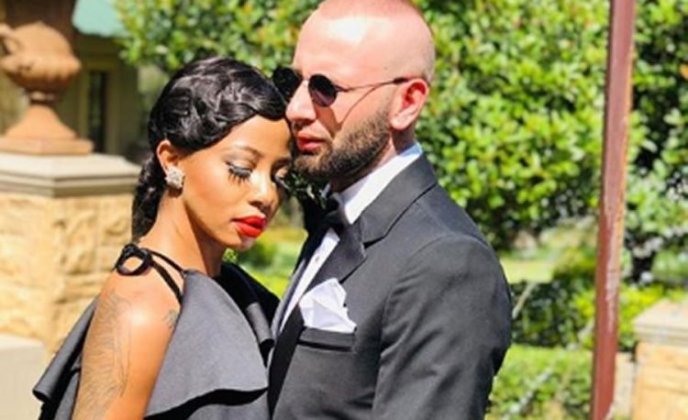 It’s been two years since fans feared the worst after reports of Chad da Don being involved in a horror car crash and the star says his life has never been the same since. Chad was travelling alone in his tour bus when he temporarily lost control of his vehicle and went off the road.

The star’s ribs were damaged and he was rushed to hospital. Speaking about the incident this week, he told Afternoon Express’s Jeannie D that his life changed after that moment and he believes he was saved because he has a bigger purpose.

“The craziest thing is you don’t actually feel the fear when it is done, because it has happened. I just woke up in a lot of pain, that is all I remember. Your fear kind of disappears because you realise what life means now. You have been through this traumatic thing but you are alive and you have to be grateful for what you have.

Speaking about the accident on DJ Sabby’s YFM show months after the crash, Chad said his life flashed before his eyes and he was lucky to have got off with the injuries he had.

“It taught me to respect my life more. It can be gone in a second. When you are in an a accident and it happens so quickly like that, it really is a life changer. I could have broken my pelvis or legs and never walked again. That is why you just respect things more. You only get one shot at it.

A disciplinary panel has recommended that parliament’s suspended secretary Gengezi Mgidlana be “summarily dismissed” after he was found guilty of seven charges of misconduct. This was announced by Thandi Modise, speaker of the National Assembly, during a meeting of the joint standing committee on the financial management of parliament.

Modise said Mgidlana, who was granted special leave at his own request in June 2017 following allegations of abuse of power and several parliamentary policies, was found guilty of serious misconduct from the four of the 13 charges he had been facing, which warranted a dismissal with immediate effect. Read more

Bonang Matheba is a woman on a mission