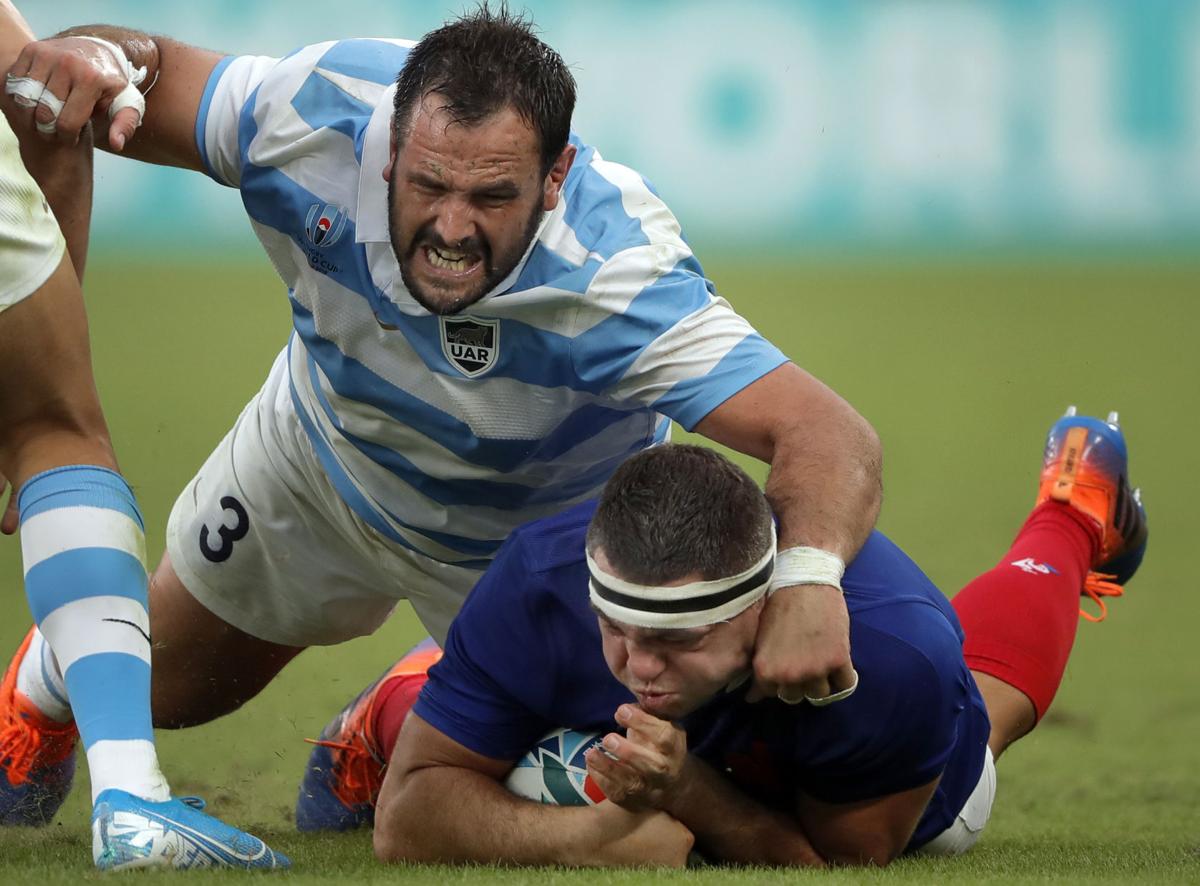 France held off a second-half comeback by Argentina to win a gripping World Cup match in Tokyo.

The Pumas overturned a 20-3 half-time deficit to take a 21-20 lead until Camille Lopez’s drop-goal put France ahead again in the Pool C encounter.

Guido Petti and Julian Montoya crossed for the Pumas and Benjamin Urdapilleta’s penalty put them ahead before replacement Lopez struck.

The Pumas, who had lost their previous nine internationals, had another the chance to win it late on, but Emiliano Boffelli’s long-range penalty drifted just wide.

England start their Pool C campaign on Sunday against Tonga, who are Argentina’s next opponents on Saturday, 28 September. France resume when they take on the United States on Wednesday, 2 October.

France’s game of two halves
France looked close to their best in the first half, and there was no indication of the drama to come after the resumption.

Romain Ntamack was assured at fly-half, and winger Damian Penaud went past his opponent seven times – more than any other player – in the first 40 minutes.

But Petti’s try early in the second half rattled the French before Montoya’s close-range effort and an Urdapilleta penalty reduced their lead to just two points.

However, they gathered themselves after Urdapilleta’s second penalty put Argentina one point ahead, a lead that only lasted around a minute before Lopez’s left-footed drop-goal.

The second half dip will alarm coach Jacques Brunel, but he can take heart that his team had enough to prevent what would have been the biggest second-half comeback in Rugby World Cup history.

Defending world champions New Zealand and South Africa locked horns on Saturday in the most highly anticipated match of the opening weekend at the Rugby World Cup. The teams went into the match with an even record at World Cups, both sides having won twice each across their four previous meetings at the global showpiece.

The last time the teams met in a World Cup, the All Blacks ran out 20-18 winners on their way to lifting the Web Ellis trophy for a record 3rd time. continue reading

Related Topics:France 23 - 21 Argentina
Up Next

Springboks lose to All Blacks in RWC opener