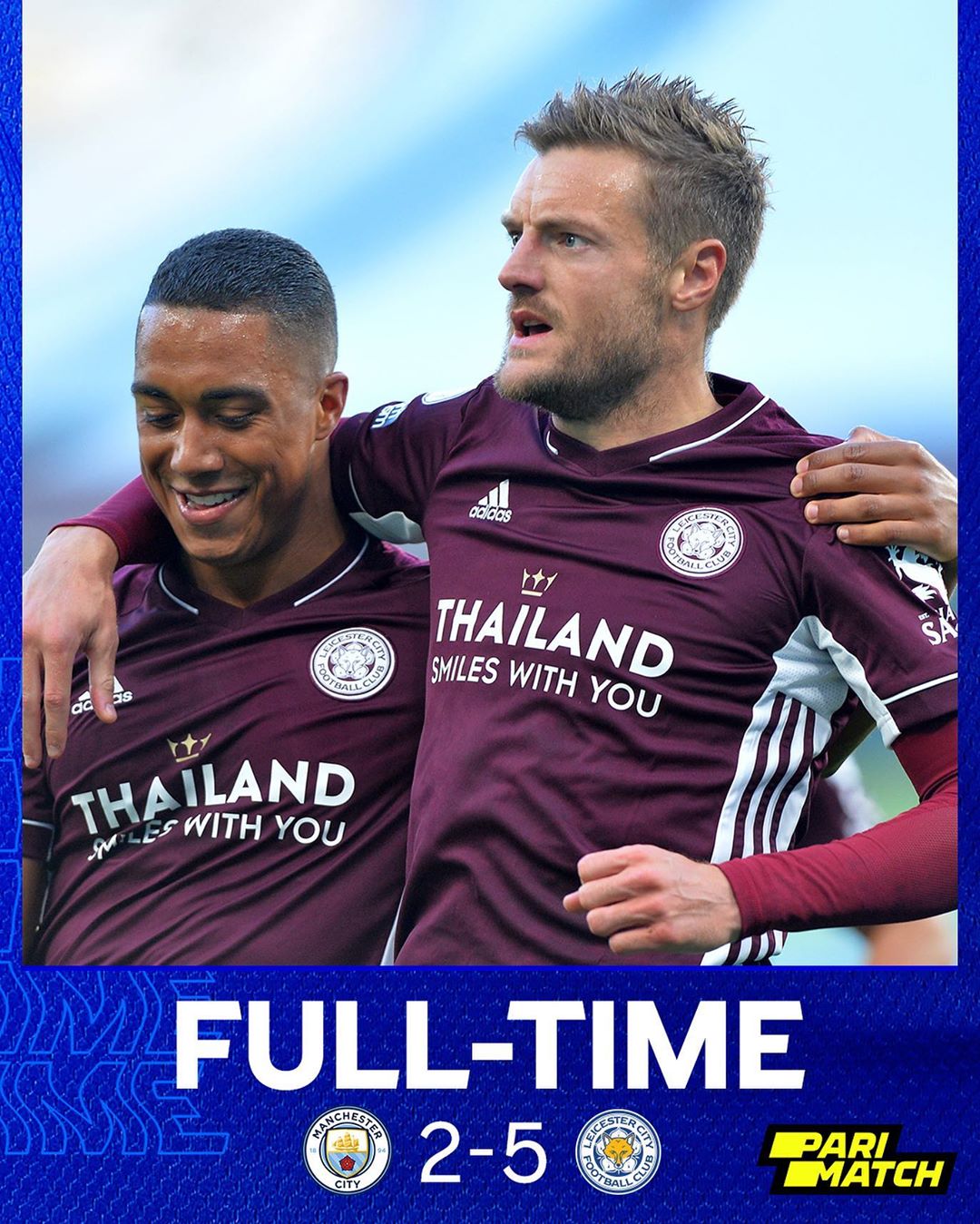 Vardy, the first player to score a Premier League treble against Pep Guardiola’s side since he also did so in December 2016, converted a penalty either side of a clever, flicked finish over goalkeeper Ederson from Timothy Castagne’s low cross.

Former Foxes midfielder Riyad Mahrez had put the hosts ahead after four minutes, smashing a sublime first-time strike into the top corner. However, the hosts were pegged back before half-time as Vardy blasted his first spot-kick into the roof of the net after he had been fouled by Kyle Walker.

The 33-year-old striker – last season’s top scorer – put the visitors in front nine minutes after the restart from summer signing Castagne’s pass, before winning a second penalty from Eric Garcia, which he drilled into the bottom corner.

In an eventful finale, James Maddison nestled an excellent 25-yard strike into the top corner to seemingly put the result beyond doubt – but Nathan Ake headed in his first Manchester City goal to offer a glimmer of hope.

That hope was extinguished just four minutes later, though, as – with Vardy substituted off – Youri Tielemans scored Leicester’s third penalty after Maddison was pulled back by Benjamin Mendy. Brendan Rodgers’ side move top of the table following a third successive win to start the season.

Tottenham draw 1 all with Newcastle in a dramatic match