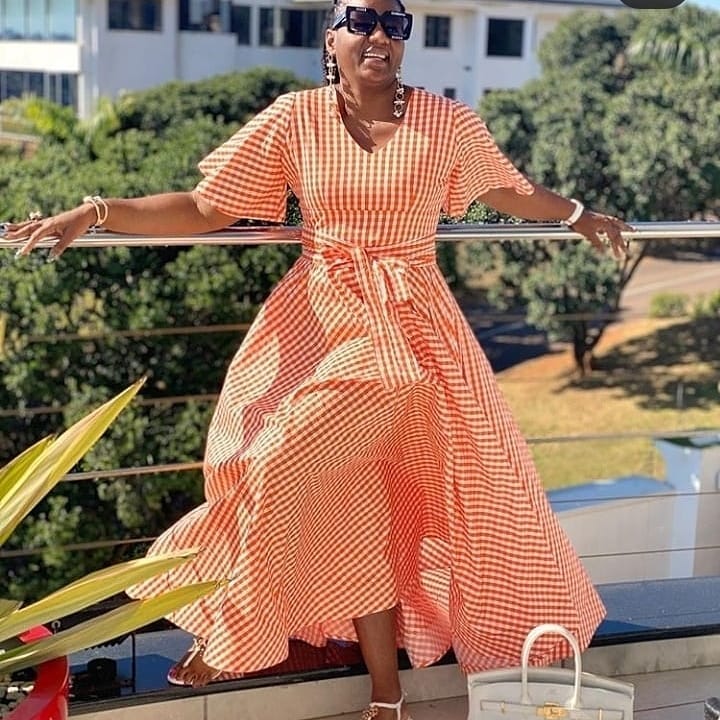 Shauwn Mkhize opens up: Material things can never give you peace. Shauwn Mkhize has come out to declare that she has found herself again as well as her voice, adding that she chooses her serenity and her peace over the material things that she possesses. The wealthy businesswoman and reality TV star has taken to social media to send a sincere and profound message to her fans, talking about her journey to self-discovery.

The mogul is notorious for sharing a few pictures of herself along with inspiring captions and this time was no different. She has revealed that her journey has been very long and difficult but she has finally found her peace, but like others might have not assumed, it is material things that make her happy.

“Day 188 of lockdown 672k confirmed cases 604k recoveries and 16 586 death. Today I want to share something very profound with you …it has been a long and very hard journey for me I am so grateful to GOD that today I can safely say ….I HAVE FOUND MY VOICE AND MYSELF and this has liberated me to understand that material things can never give you PEACE AND SERENITY I can tell you today I choose myself than material things have a blessed day you are loved by me,” she wrote.

Her comments section was filled with fans appreciating her and her rawness saying that Mam’Mkhize is a role model.

“Ngikuthanda ukufa sithandwa Sami (I love you to death my love) you really bring back some vibe in my life and creating hope where it has diminished Babes keep it up. You are dearly loved by many May our Good God continue to blessed young lady Stay crazy and vibrant U are just a burning candle that never stops,” one fans wrote.

The KwaMam’Mkhize reality star has a lot to be grateful for in this year alone. She and her son Andile Mpisane bagged themselves nominations at the Hollywood and African Prestigious Awards.

The HAPAwards is an award show that celebrates outstanding individuals who have reached milestones and achieved extraordinary things.

Mkhize speaking on their nominations said: “I’ve led a very private life. It was a long road to get me here. I decided to do this show because the media had long spoken for us. We wanted people to see us as we are. That was the initial plan but I enjoyed how people responded to me and my family. The love is overwhelming, I still can’t believe it myself.”

Her divorce was finalized this year with her estranged husband Sbu Mpisane and she then decided to do the reality show.

Actress Gugu Gumede’s look got fans saluting: Pics. Actress Gugu Gumede who is popularly known as MaMlambo or Lindiwe from one of SABC’s most viewed TV dramas, Uzalo, has left many of her fans and followers on social media admiring her beauty after sharing pictures of herself in natural form as she flaunted her beautiful skin and hair.

Taking to Instagram, she posted the snaps and captioned, ‘look at what happens to hair and skin if you drink your water, mind your business and are loved by a…Learn More.