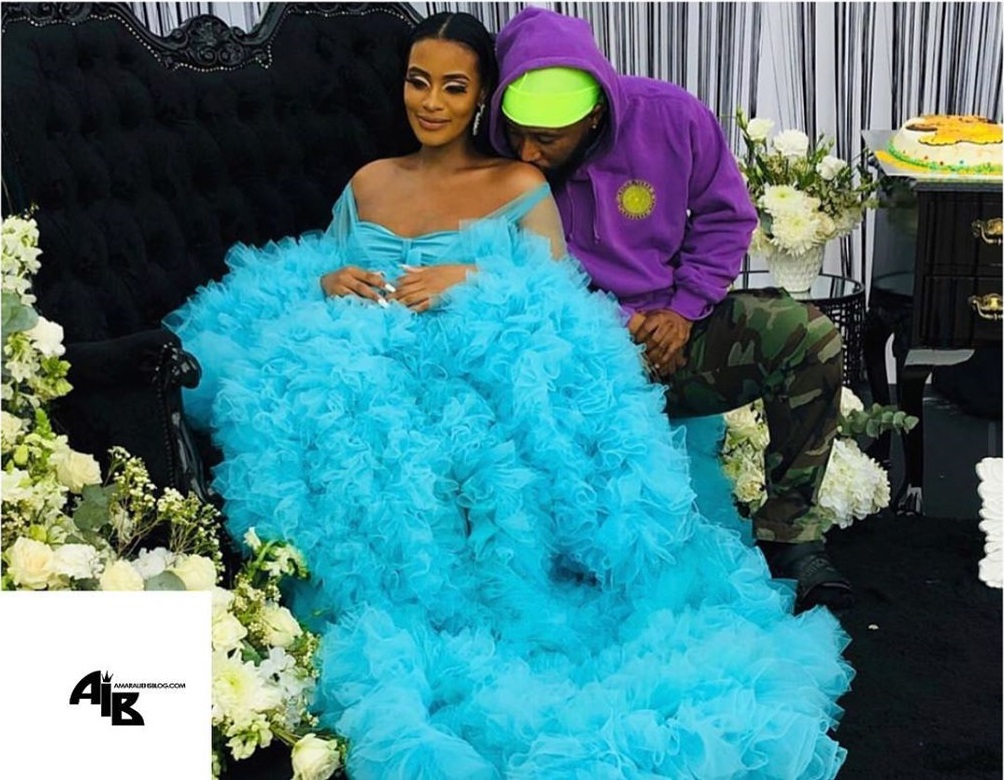 This year arguably belongs to Cassper Nyovest, as his fans might say. The rapper has a lot to be proud of from firstly releasing his fifth studio album Any Minute Now and the album topping charts and being the current best-seller in the country, to becoming a first-time father to his newborn baby boy Khotso Izwe Simba Phoolo.

That’s not it, the rapper’s two singles ‘Amademoni and ‘Good For That’ reached musical milestones by going gold and reaching the platinum status respectively.

Sharing the news with his fans, he posted a picture of himself holding his plaques a long with the caption,

“BOOM!!! #Amademoni is now certified gold selling single and Good for that just went Platinum!!! #AnyMinuteNow is currently the best selling album in the country across all genres so thank you so much to all the fans!!! I appreciate it a lot!!! Keep streaming!!! #AmademoniGoesGold #GoodForThatGoesPlatinum.”

A long with all these achievements, the mother of his child, Thobeka Majozi commended him by commenting, “A flippen cool dad, that’s what you are!”

Cassper’s album touched many people especially the opening song which according to him is a prayer by veteran musician Zola.

He spoke about this in-depth with Def Jam Africa where he decoded what the entire album is about in just 5 minutes.

The second song sees him rapping about certain things he wants to get off his chest. A song that touched Cass titled ‘Thoughts’ speaks about a person who is suicidal.

“It speaks about suicide and suicidal thoughts, anxiety and things that I go through, things a lot of people go through. I spoke about it from the perspective of success and how lonely it is at the top,” said Cassper.

The he further talks about the other songs which many thought he was referring to his relationship with Thobeka but Cassper emphasized that he creates characters for his music.

“After that (there is a song called) ‘Indoda’ which speaks about this guy who’s about to break up with his baby mama because he does not want to cheat on (her) as he has fallen for a new lady.”

Cassper then talks about the first time he found out that he is going to be a father, explaining that he was drunk and at the club.

“Then it goes to a skit of when I found out I was about to be a father, I shot this video in Cape Town. We were turning up and I was drunk as hell,” he explained.

Watch as @casspernyovest decodes #AMN in 5 minutes.
A breakdown of the entire #AnyMnuteNow album.

A few weeks ago, media personality and award-winning TV host Pearl Modiadie welcomed her first bundle of joy with her private baby daddy and she can not hide the happiness she is feeling lately over her little family.

She has just shared a cute little video on her Instagram stories of her baby daddy expressing love over their newborn baby, whose name has not been revealed. Learn More