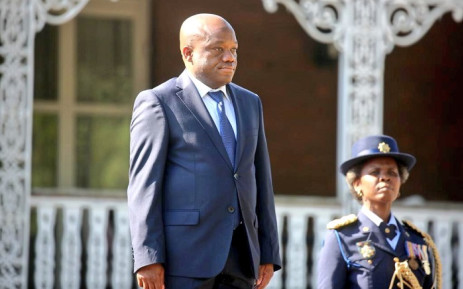 KwaZulu-Natal’s 11.4 million citizens will now be able to directly engage with Premier Sihle Zikalala, after he opened a Facebook page designed to make him more accessible to the province’s people. Bongani Tembe, Premier Zikalala’s spokesperson, said that Zikalala had embraced the use of Facebook as a means to engage with the public on numerous topics related to his work as the province’s Premier.

He said that they viewed the Facebook page as an important platform as there was now a huge concentration of people using social media and that they were willing to respond to each and every question whilst also taking on board suggestions made by the people.

With some elements on social at times portraying hostile and at times aggressive behaviour in their interactions with public figures, Tembe said that Zikalala was a reasonable, calm and vastly experienced leader capable of handling questions and suggestions without being emotional.

“When people raise questions, he listens and assesses the questions and responds accordingly to those issues. You can even see him during community outreach programmes that we have as the provincial government, he does have time to listen to what people are saying and then he responds,” Tembe said.

“His reasoning is that if people raise their concerns the government should be able to respond. There will obviously be matters that don’t need him directly, but he will be able to guide people on where they should go.

For example, he would be able to guide people as to which municipalities or government departments they can approach to get help and which government entities they can go to if they need funding,” said Tembe.

Sibonisile Ngubane, Senior Public Relations at Ditshego Media, said that a lot of brands and companies have seen the impact of social media in reaching their target audience and that the same could be said for the political environment with many of the country’s political parties using social media as part of their campaign strategies in the previous elections.

“Thus, the Premier’s decision to use social media as a communication tool is one that has become not only pivotal but necessary. It is key in giving real time feedback.

“Recent stats show that the average South African spends 8 hours and 25 minutes on social media, so what better way to reach them than through the very same mediums? But don’t be fooled, this does not come without risks,” Ngubane said.

“Social media has brought about the downfall of many of our leaders, so while it helps with direct communication with the people, it can also tarnish their reputation if they are unable to account for their actions,” said Ngubane.

Sadly, we have lost him. It’s a day we hoped would never come, but he has had a good innings and is now rested,” a former minister in Mugabe’s government said, declining to be named. Read more