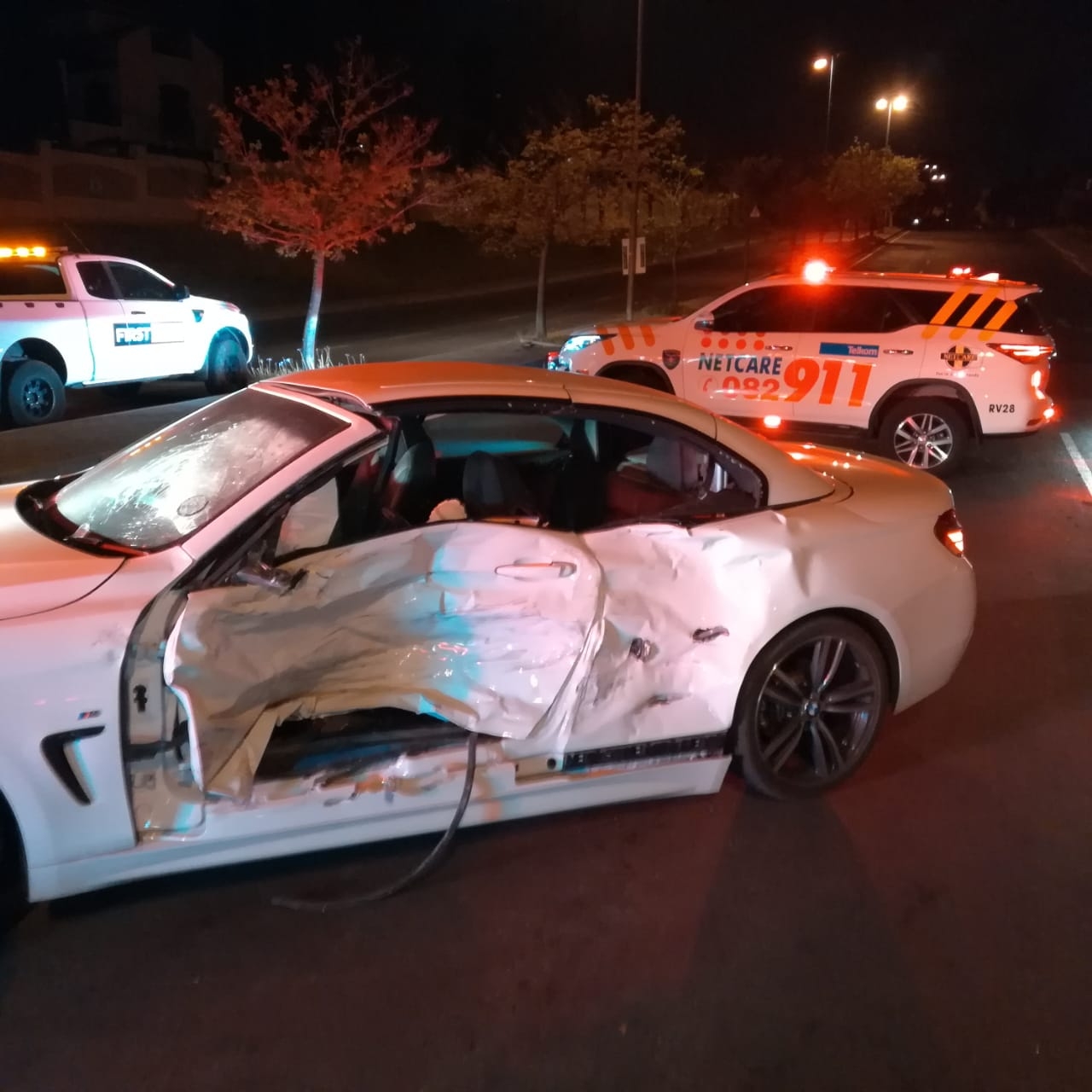 At 20H03 Friday night, Netcare 911 responded to reports of a collision on William Nicol Drive in Fourways Sandton.

Reports from the scene indicate that a car and bakkie were involved in a collision.

The driver of the car, an adult female sustained moderate injuries and was treated on the scene.

The driver of the bakkie was not injured.

Once stabilized the patient from the car transported by ambulance to the hospital for further treatment.

The minister was quoted as saying that he had heard that the suspect had told other women to return to the post office, as he had allegedly told Mrwetyana, which Cele said showed that it was his modus operandi. continue reading