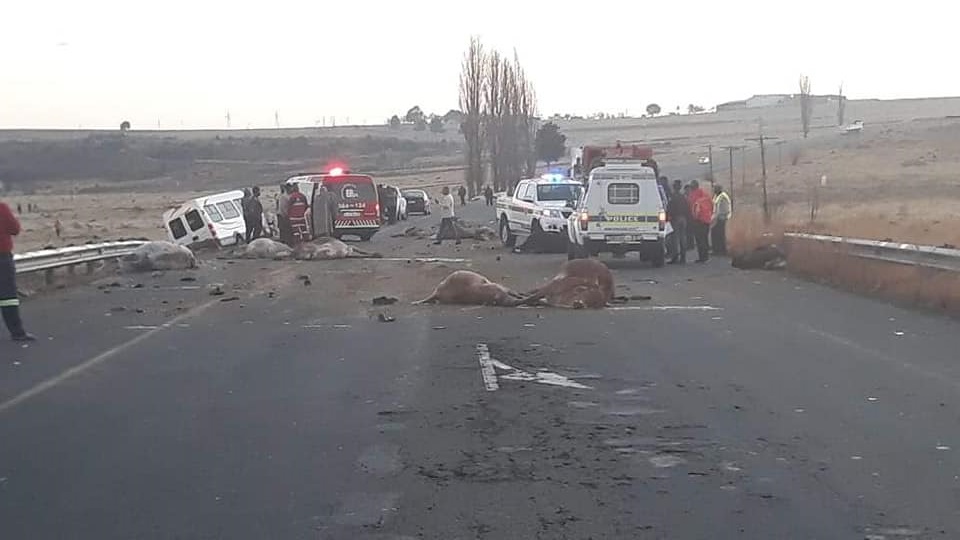 Iveco Driver hits 14 Cows in Ladybrand Accident. A man has been arrested after he was involved in an accident in which he hit 14 cows in the process.

As you can see in the picture, the Iveco is totally ruined and to hit 14 cows we wonder what speed he was travelling at.

She was on her way to Ermelo, Mpumalanga, between Melmoth and Vryheid, KZN when she avoided a vehicle coming towards her in her lane.

Family spokesman Nkululeko Khanyi told Daily Sun: “She tried to avoid the car and her Mercedes Benz went up the mountain and rolled,” he said. read more

The mother of a young KwaZulu-Natal woman who went missing three weeks ago is grateful that her daughter, Natasha Conabeer has been found alive after the unconscious student was dropped outside their home on Sunday morning.

Rosemary Conabeer said 23-year-old Natasha, was in a critical condition in hospital after she was left on her doorstep in the early hours of the morning.

“Doctors are doing everything they can for her. She is still unconscious. We don’t know what happened,” Conabeer said. read more

Related Topics:Driver hits 14 Cows
Up Next