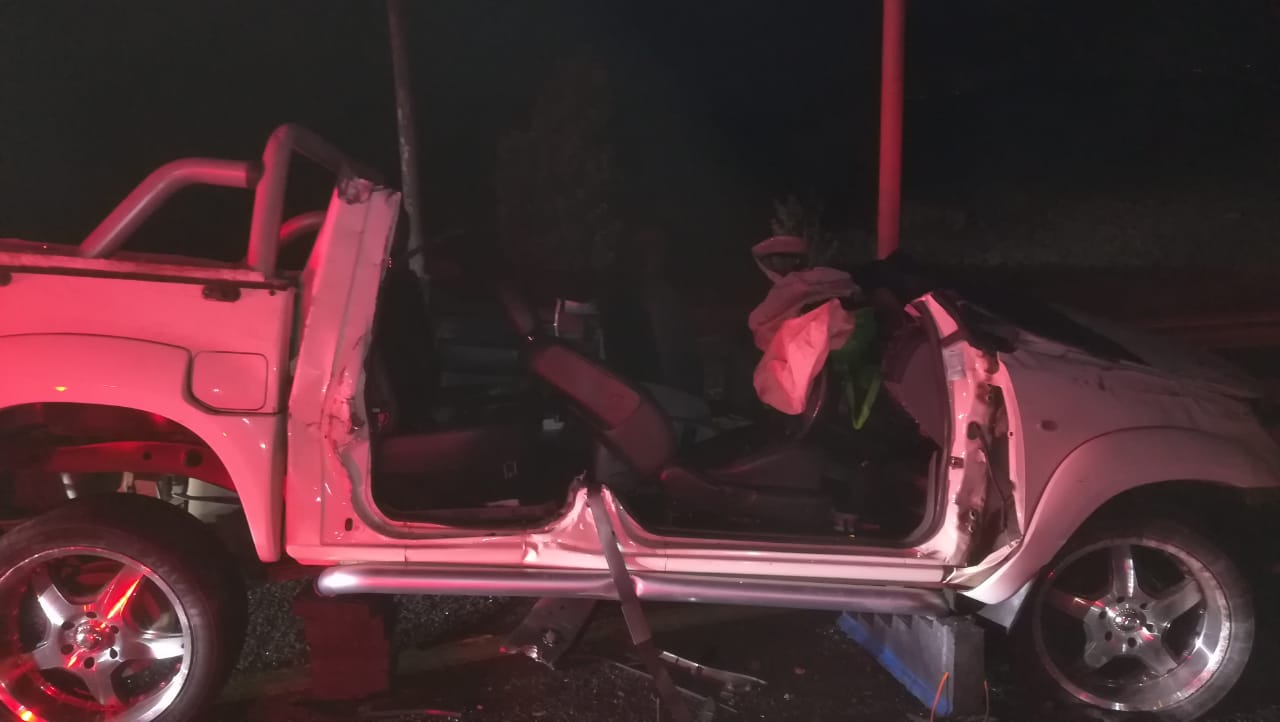 At 22H35 Saturday night, Netcare 911 responded to reports of a collision on the R28 Paardekraal Drive in Muldersdrift Roodepoort.

Reports from the scene indicate that a car and bakkie were involved in a collision resulting in the car coming to rest down an embankment.

Medics assessed the scene and found that two people from the bakkie sustained serious injuries and required Advanced Life Support intervention to stabilise them.

An adult male from the bakkie had sustained moderate injuries.

Once treated all the patients were transported by ambulance to the hospital for further treatment.

In Other News – Iveco Driver hits 14 Cows in Ladybrand Accident

Iveco Driver hits 14 Cows in Ladybrand Accident. A man has been arrested after he was involved in an accident in which he hit 14 cows in the process.

Yesterday, news broke that Midnight Starring hitmaker Busiswa had been allegedly beaten up by her baby daddy DJ Kaygee.

This news were revealed by a rapper friend of Busiswa’s, Marc, who relayed the details of the events in a Twitter thread.

DJ Kaygee then took to Facebook to give his version of the story.

According to his Facebook report, the DJ says he had walked in on Busiswa having unprotected s.e.x on their bed with her rapper friend Marc. Furthermore, DJ Kaygee denied the allegations about him beating Busiswa. see all

Related Topics:R28 Accident
Up Next