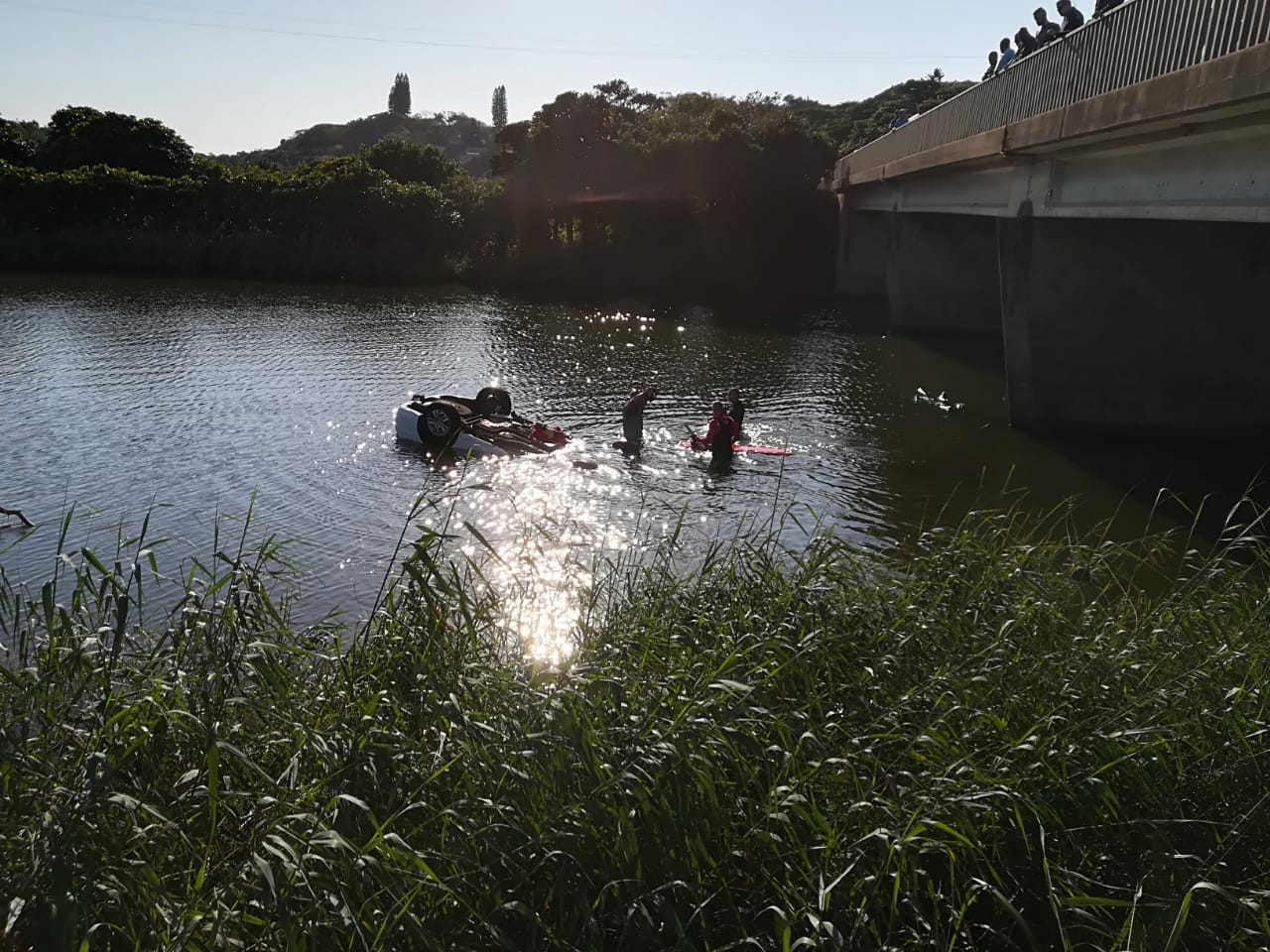 At 07H51 Monday morning Netcare 911 responded to reports of a vehicle off a bridge on Marine Drive in Shelley Beach and Oslo Beach.

Reports from the scene indicate that the driver of a light motor vehicle who was also the only occupant lost control crashing through a safety barrier then coming to rest upside down in the river below.

Police divers had assessed the scene and found that the driver an adult male had sustained fatal injuries and was declared deceased on the scene.

All necessary authorities are on scene.

In other news – Three dead, two critical and multiple others injured in a multi-vehicle accident on the N1

At 21H07 Sunday night, Netcare 911 responded to reports of a collision on the N1 just after Curie Road in Pellissier Bloemfontein.

Reports from the scene indicate that a mini-bus taxi, light motor vehicle and another vehicle towing a trailer full of LP gas were involved in a collision. Read more

Three dead, two critical and multiple others injured in a multi-vehicle accident on the N1