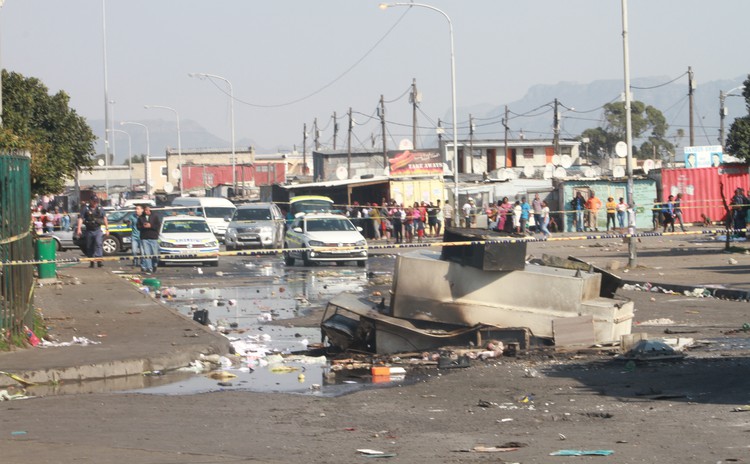 Two people were found dead on the premises of a looted store after violence erupted in Samora Machel, Philippi, in the early hours of Sunday morning, Western Cape police said.

The bodies of a 32-year-old woman and an unknown man were recovered, spokesperson Lieutenant Colonel Andrè Traut said. The circumstances surrounding their deaths are currently under investigation.Operation Lockdown forces were deployed to the area to restore stability.

“An additional five people were arrested for being in possession of groceries and a deep freezer when houses were searched in the area.

He said additional police would remain on high alert in the area to prevent further incidents. According to Traut, there was no indication that the violence was of a xenophobic nature, although police were investigating.

In Johannesburg, two people were reportedly killed on Sunday following a spate of violence in the CBD, Malvern, Jeppestown and Hillbrow. Five others were injured.

A group of men, some of them wielding sticks, pangas and tree branches, marched through the city centre after disrupting a meeting in which IFP President Emeritus Mangosuthu Buthelezi spoke to hostel residents following a week of deadly xenophobic violence.

At least 10 people have been killed since the start of the month in a surge in attacks targeting foreign-owned businesses in and around South Africa’s largest city. The deaths of two people on Sunday, brings the death toll to 12. Read more