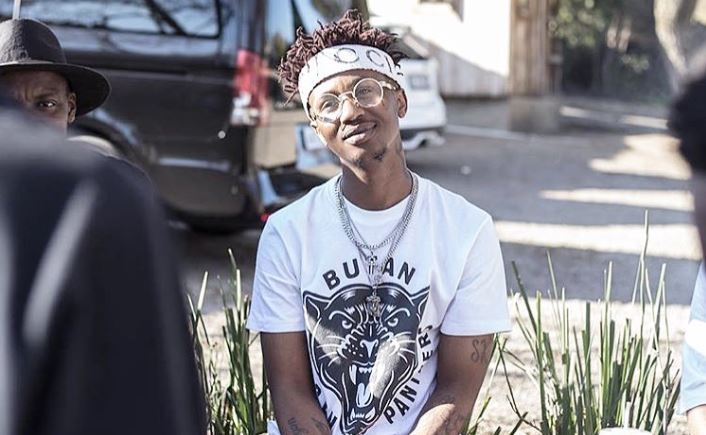 Local rapper Emtee launched his own record label, “Emtee Records”, making the announcement on Monday. This comes after his departure from Ambitiouz Entertainment in August, when he made an official statement as to why he decided to leave. Taking to his Twitter page, the “Pearl Thusi” rapper told his fans to follow his new record label’s Twitter account, referring to himself as “Big CEO

Last month, the rapper took to social media with the hashtag #FreeEmtee as he spoke about issues within the record label that he was unhappy about. After getting his legal team involved, Emtee was finally free of the label.

At the time, he posted on twitter: “Following a long and in-depth reflection on my career as an artist, where I am now and where I see myself in the next few years, I have made a decision that the time has come for me to now part ways with Ambitious Entertainment (sic).

Thereafter it was reported that Emtee would be stepping away from his solo career for a bit to focus on his company, African Trap Music.
Trending on Twitter, Emtee’s fans and foes reacted to the news.

Nomzamo Mbatha might be a million miles from home but thankfully she’s got a familiar face to help her stay in touch with her roots.

Nomzamo and Felicia Mabuza Suttle have both achieved plenty in their respective careers and it came as no surprise that these two powerful and talented women had nothing but love for one another. We caught wind of this week when the pair of them took a moment to trade shout outs towards one another before enjoying a cosy dinner in Atlanta. Read more

Related Topics:EmteeEmtee launches his own record labelEmtee Records
Up Next

Viewers expected a better Tribute for Thami Shobede on #IdolsSA