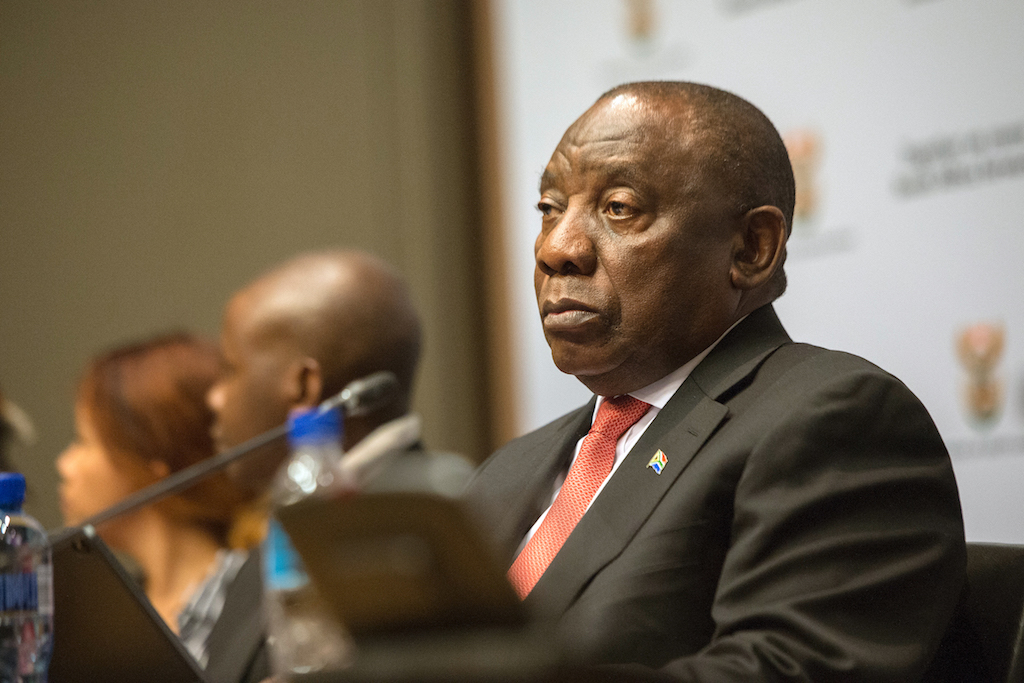 President Cyril Ramaphosa has said the heckling he received while paying tribute at the memorial service of former Zimbabwean President Robert Mugabe over the weekend was aimed not at him, but the entire country.

Ramaphosa was addressing the 14th National Congress of the Southern African Clothing and Textile Workers’ Union (SACTWU) at the Durban International Convention Centre on Monday. Ramaphosa said he was the target of collective anger towards South Africa.

“The people of Zimbabwe, in unison, expressed their unhappiness against South Africans and they saw me as representing all of us in South Africa. The whole stadium booed me. It was only after I said I regret what happened in this country that they then responded positively. I have apologised on your behalf and I hope it sinks into our consciousness,” said Ramaphosa.

He said South Africa’s image and standing had been “negatively affected” in the eyes of the international community and that the country would have to work hard to reverse perceptions.

“Immigrants must not be turned into scapegoats, nor must we take our legitimate frustrations on the slow pace of economic and social reform out on immigrants who have come to our country.”

He said there was “no excuse for violence and criminality, and violence brought upon the homes and businesses of foreign nationals is something that is totally unacceptable. This nation knows all too well what intolerance and discrimination brings and we will not inflict such trauma on anyone else.

Ramaphosa also used the address to outline his views on gender-based violence. He has called a special joint sitting of parliament on Wednesday to discuss the topic in the wake of several highly publicised incidents of violence against women and children.

“In the past few weeks we have experienced unacceptably high levels of gender-based violence, attacks, rapes and killings against the women of our country. Every day, we continue hearing harrowing stories of how the men are brutalising the women of South Africa. Our Constitution dictates that women and men are equal, we must treat each other with respect. We must bring an end to this scourge. It must end and it must end now,” said Ramaphosa.

He said the country’s laws must be strengthened “to make a tangible difference on how cases are prosecuted”. He blamed “toxic masculinity” and a “deeply patriarchal society” and called on the need for “gender neutral socialisation” to be built into the school curriculum.

Ramaphosa also touched on a variety of issues specific to the textile industry, such as counterfeit goods, illegal Chinese imports and the protection of local jobs by attempting to stop retrenchments.

Without providing specifics, he said South Africa needed to position itself and make policy reforms to take advantage of the proposed Africa Continental Free Trade Area. We want to be an entrepreneurial government that is directly involved in every sector of the economy,” said Ramaphosa.

Moziak’s Creative Producer, Blue Mbombo, was named one of Glamour’s Most Glamourous 2019 at a glitzy cocktail event last night in Johannesburg.

Blue Mbombo was named one of Glamour’s Most Glamorous 2019 – There is no denying that Mbombo is a total fashion icon – Winning this award means the most to Mbombo as she now knows that her efforts are being recognised. Read more