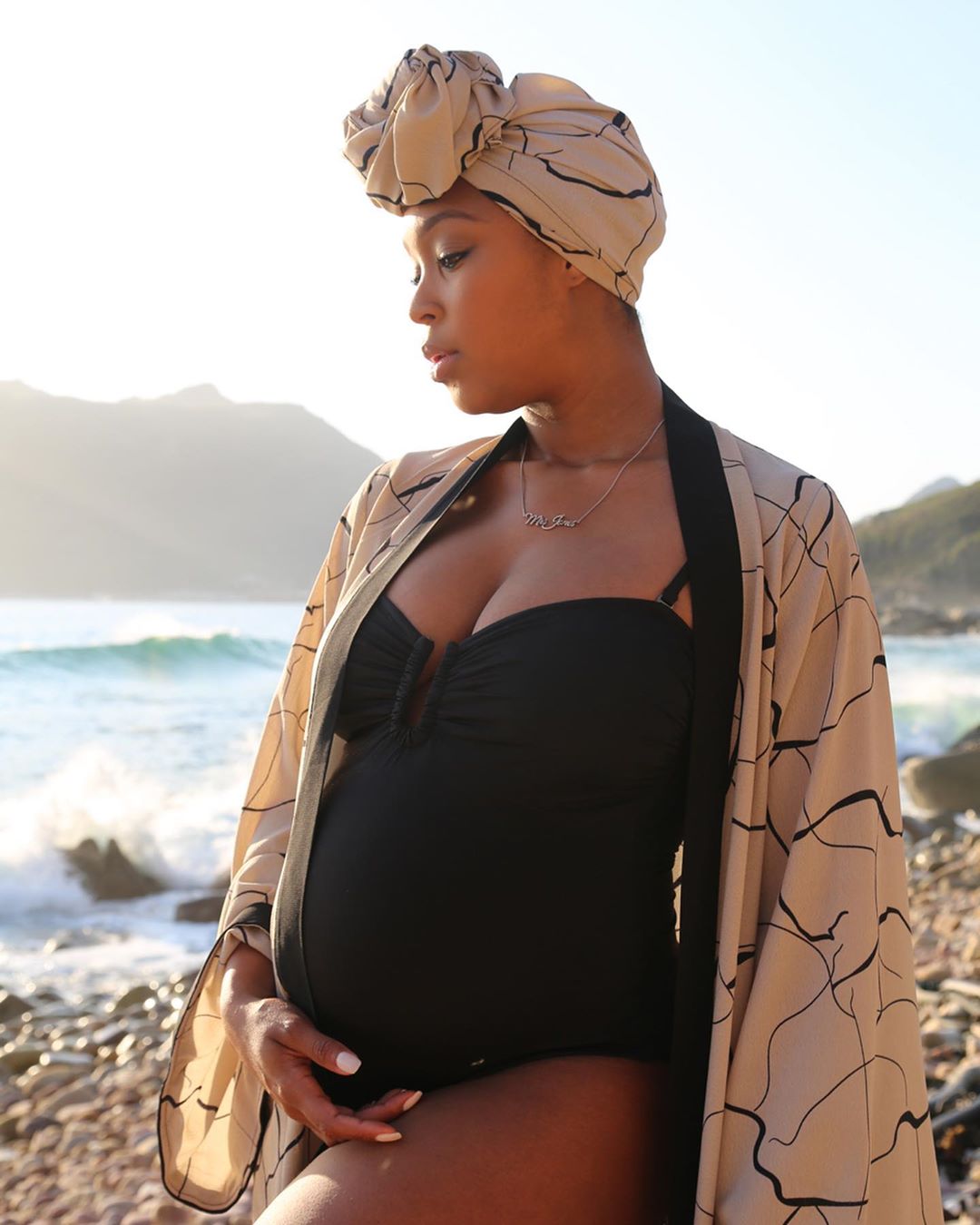 Stunning Minnie Dlamini’s photoshoot showing off her Baby bump. Minnie Dlamini-Jones revealing her pregnancy has become the gift the keeps on giving and we are all here for it. First, it was the baby bump making its television debut with the same dress that Minnie wore during her 30th birthday quarantine celebrations. Check the stunning pictures of her pregnancy photoshoot below.

Recently, Minnie revealed that her and husband, Quinton Jones are currently in the picturesque, Hout Bay that was sponsored by Tintswalo Atlantic, celebrating their three-year wedding anniversary and their first babymoon trip since the announcement of the little ones arrival. The star ushered in the celebrations with a touching message dedicated to Mr. Jones about why she loves him so much.

In her post, Minnie compares her husband to her father, but not in a weird way. South Africa’s favorite diamond writes that, “I knew Quinton was the one as he embodied all my dad’s best qualities. I had the biggest crush on him, I knew I wanted his babies.”

Here exact words were: I’ve had the most incredible physical journey with my pregnancy. My skin has glowed from day one and with remedies I started early and will share, I have no new stretch marks and the ones I had, have disappeared. No filter, no edit, just Mr Jones, his lens and the beautiful Hout Bay backdrop. Dressed in @a_nneya
#BabyJones #BecomingMamaJones

She then shared an image of her standing by balcony of the sea view suite reflecting on how much the trip was unexpected but needed. Minnie and her husband were serious about quarantining and keeping it at level 5 restrictions, despite the rest of South Africa being at different levels of these restrictions levels things.

Somizi speaks out on his Dinner show idea stealing accusations