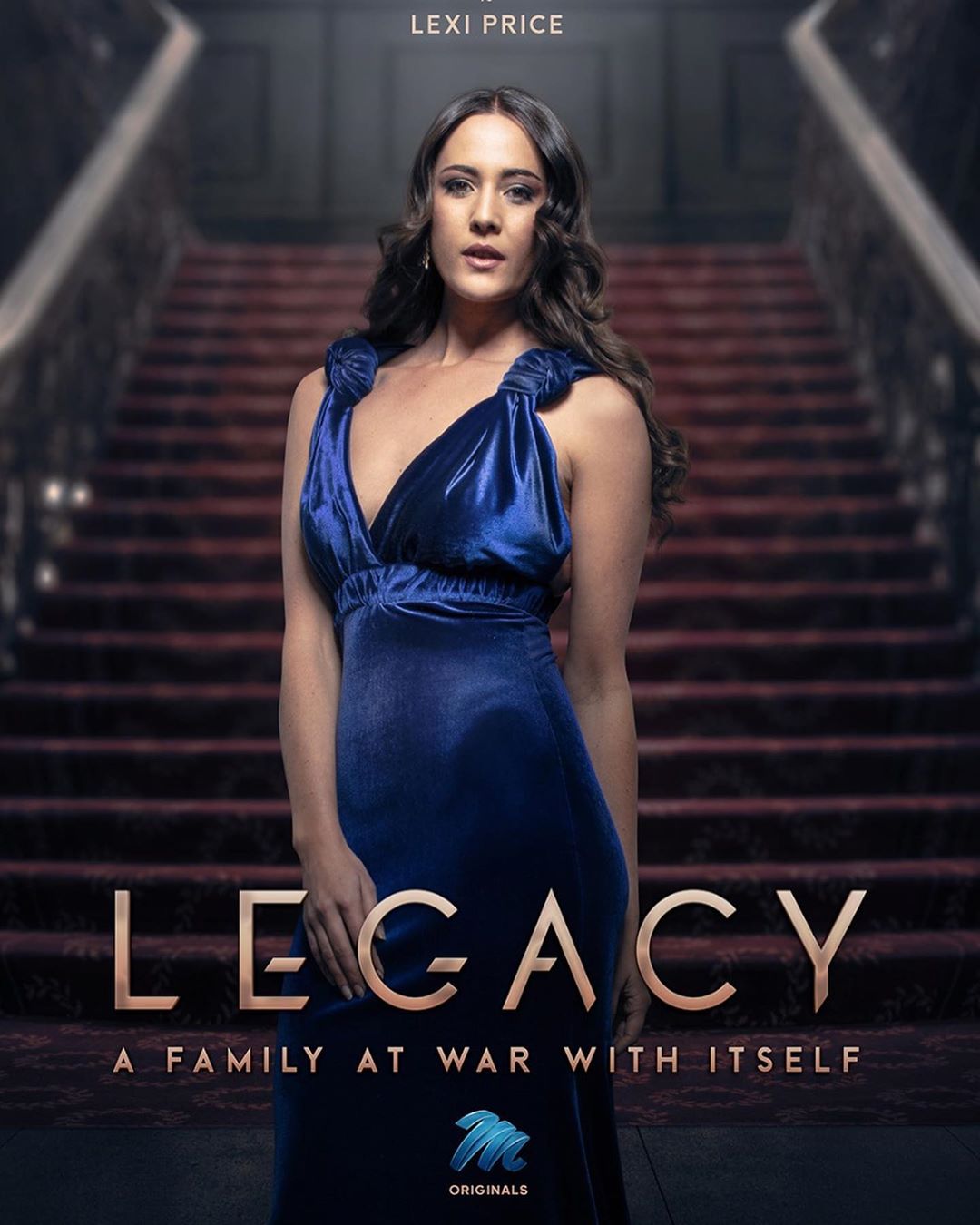 Actress Jay Anstey chats about her role on M-Net’s upcoming soapie Legacy. Airing on DStv’s M-Net (Channel 101) at 7pm from Monday, September 21, “Legacy” is set in the fast-paced world of investment billionaires and focuses on a family at war with itself. The countdown to the highly anticipated telenovela “Legacy” has begun.

The brainchild of Gwydion Beynon and Phathu Makwarela, the show follows the lives of the wealthy Price family led by patriarch Sebastian Price (Deon Lotz). Sebastian’s wife Dineo (Kgomotso Christopher) and his daughter Felicity (Mary-anne Barlow) both have their eyes on the throne and will do whatever it takes to lead Legacy Investments and, in turn, the Price family.

We chatted with Jay Anstey who plays the role of Lexi Price about her upcoming role on the show, who inspires her and what her favourite on-set moment has been.

How did you land your role in “Legacy”?

I auditioned for Legacy at the beginning of the year for the character of Lexi and didn’t hear back for over a month! I was sure I didn’t get the part but, suddenly, I was asked to re-audition for the role of Elizabeth.

I thought for sure when I got the call saying I’d been cast that it was for Elizabeth because I’m more like her than Lexi, so when I found out I’d be playing Lexi, I was so surprised! I couldn’t be more different from her [Laughs].

Tell us about your character and what you enjoy most about playing her?

Everything! Even though she’s somewhat of a spoilt brat, she’s so unapologetic and her dry sense of humour and ability to always speak her mind makes her so much fun to play! Also, her fashion… urgh! It’s every girl’s dream.

How does it feel to be at the helm of this telenovela in comparison to other roles you have played?

M-Net has graciously given me two incredible roles to play this year. Firstly, Tamsin, a girl on the wrong side of the tracks, on “Inconceivable” then Lexi on “Legacy”.

Lexi is by far the spiciest, comedic and playful character I’ve ever had the honour of playing. I get to tap into my girly side with her – from fashion to witty lines. She’s truly one of a kind.

What has been your favourite on-set moment thus far?

It’s rare that a cast this big all get along but that’s what we’ve managed to manifest. Not only that, but we have so many jokers in the cast, too – Don, Anton, Sean-Marco, Neil, Reandi. They’re actually all nerdy goofballs! We surprise each other daily during scenes.

Recently, during a tense scene, Don surprised us all by taking a selfie with another character in the middle of the take – it was hilarious! We need to have a blooper reel!

Catch “Legacy” on M-Net (DStv channel 101) from Monday, September 21 at 7pm. Thereafter the show will airs Mondays to Thursday.