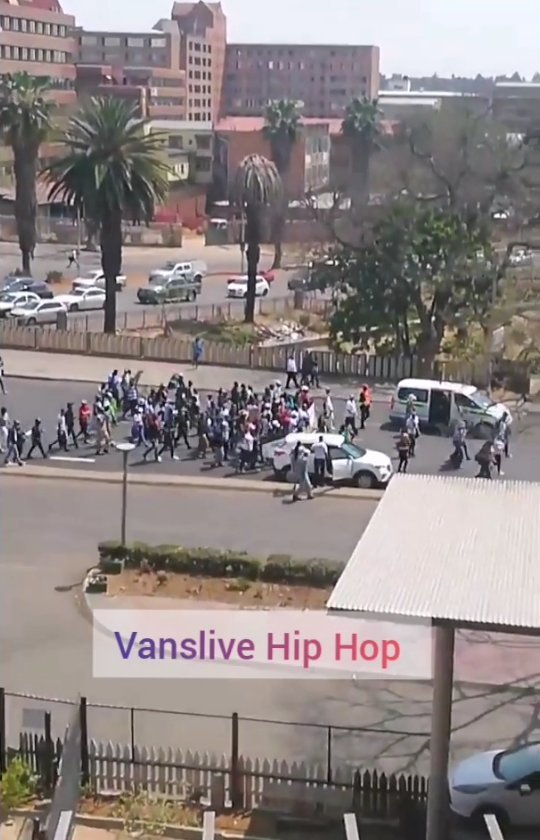 People are protesting peacefully for them to be considered first when it comes to jobs and other economical staff, South Africans are saying they want to be out or favoured first before foreign Nationals are taken. They are saying employees of late have been giving Foreigners the first option because they are cheap in terms of labor and work hard more than South Africans.

Hence why South Africans have taken to the street peaceful demonstrations to say, No we need to be recognized too, we are people, no more Foreign Nationals at our workplace, give us the chance first then Foreign nationals will follow. They are calling the movement the #PutSouthAfricansfirst.

Today(Yesterday) They took their march to the Nigerian Embassy where they sang and danced in a peaceful manner. As we all know Nigerians are one of the many Foreigners who control businesses in South Africa especially drugs and supplements of fake documents. Watch the video below of the Protests at the Nigerian Embassy that took place yesterday.