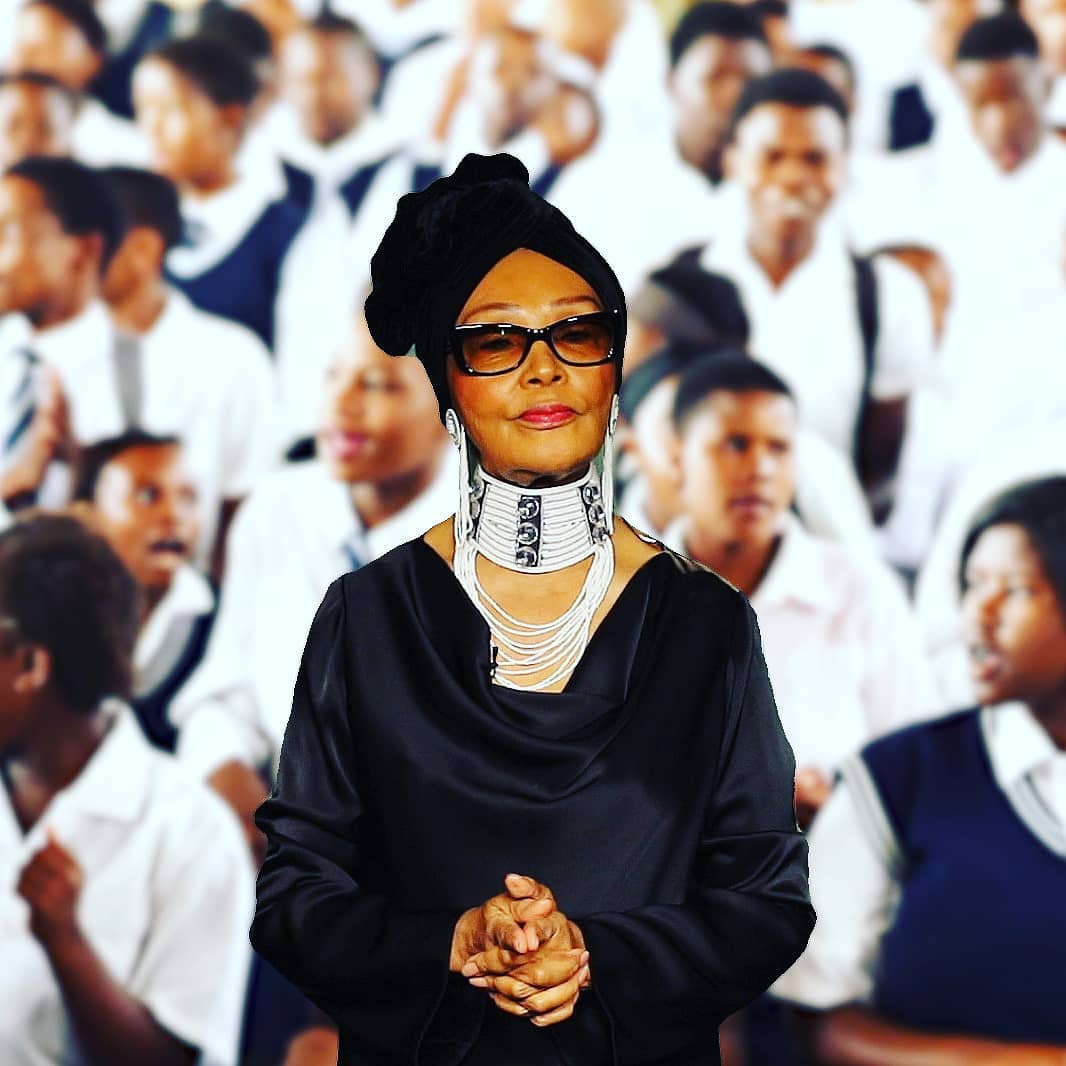 Meet Felicia Mabuza-Suttle, SA’s First Lady of Talk. While Oprah Winfrey was killing it in the genre in the US, South Africa was just starting to warm up to the idea. Talk shows were a novel concept back in the 90s.

And in 1992, Felicia Mabuza-Suttle was approached by the SABC to host a talk show. They wanted it to be in a similar vein to “The Oprah Winfrey Show” and “The Phil Donahue Show”.

And so Mabuza-Suttle got to host “Top Level”, a show that spoke to a crossover audience and tackled pertinent issues within the social and political climate of the country. It started with a tiny budget. As her popularity grew as the Queen of Talk Shows in the country, the show was renamed “The Felicia Show” in 1995.

The tone also changed. It focused more on societal-ills and concerns. It could anything from prostitution, gangsterism, drug and .se.xual abuse, rare syndromes and diseases. She gave people a platform to speak their mind. She tried to make a difference. The show was shot with a live audience and was very interactive.

I remember tuning in on a Monday night. There were times when I was completely transfixed by the topic discussed and there were times when I was annoyed. As much as Mabuza-Suttle exuded warmth and came across as understanding and empathetic, there were moments where I felt like she could have done a little more research to understand the plight of her guests. This would have obviated the awkwardness triggered by some of her ignorant questions.

That said, viewers were obsessed as this “voice of change” in talk show got the nation talking. She enlightened and entertained viewers.When the show’s run at the SABC ended, she moved to e.tv and the show was called, “Felicia”. Say what you may about Mabuza-Suttle but she was the undisputed talk show legend back in the day.

While Oprah Winfrey was killing it in the genre in the US, South Africa was just starting to warm up to the idea.

Pearl Garavaglia has some interesting tips for you… Those that have been to the Gym, be it Virgin Active or Planet Fitness, will tell you that a personal trainer doesn’t come cheap. If you are like me and want to save on some of these tips, there is one simple thing to do… Follow these personal trainers on social media.

I was checking on the beautiful personal trainer, Pearl Garavaglia and I noticed her Instagram is full of Interesting tips. Some might be related to fitness and training and some seem to be related to life in general.

The amazing thing is that she shared these tips as captions to her Instagram posts and we thought why not share some of these tips with all…Learn more.