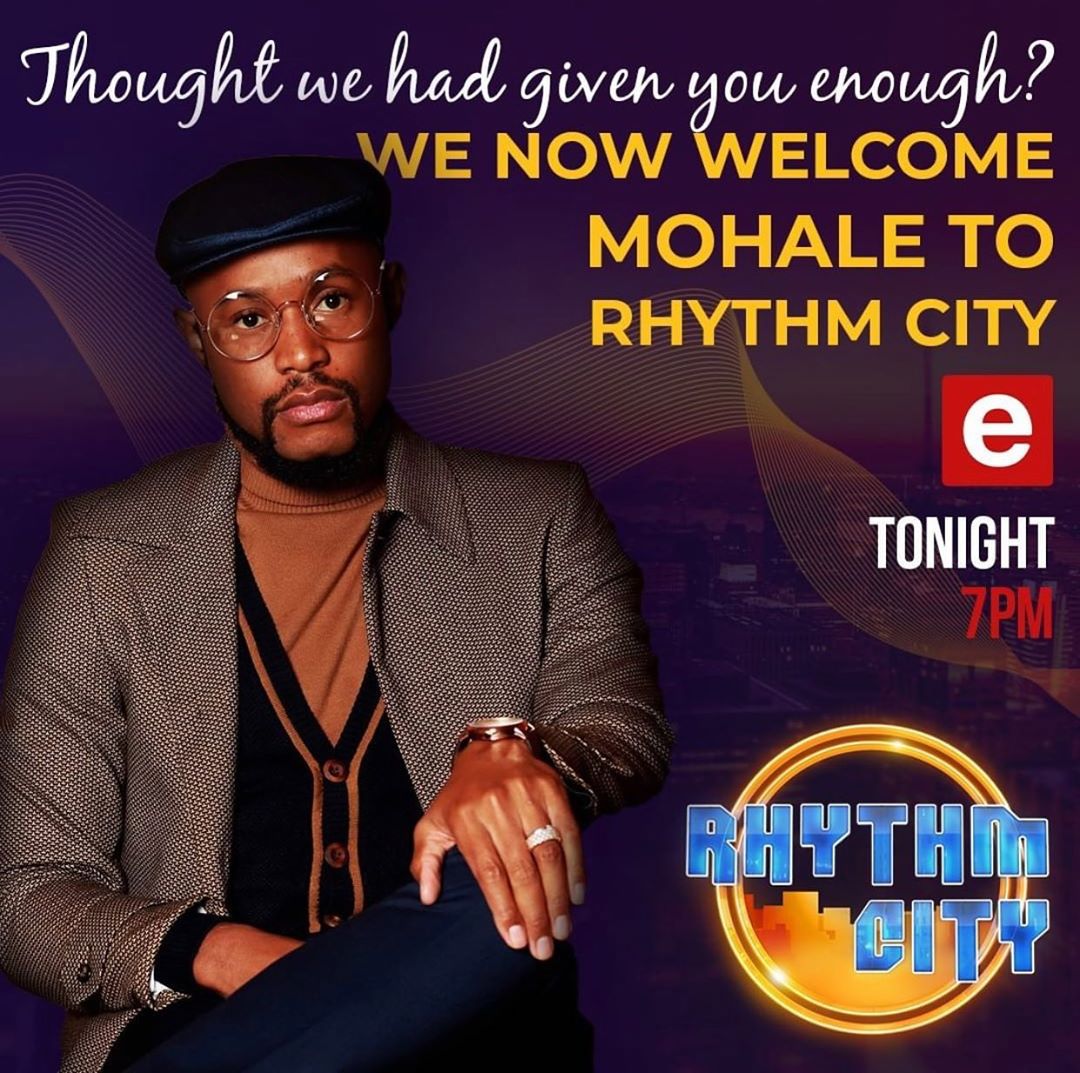 Mohale accused of using Somizi’s links to score Rhythm City job. After the news broke that Mohale Motaung had landed himself a new role on eTV’s Rhythm City, the actor was surprised to see that he had received an overwhelming amount of backlash instead of praises. The news originally broke when entertainment commentator, Phil Mphela shared his casting news, which opened up an endless amount of critique towards the show and Mohale.

The backlash had even caused Mohale to trend throughout the day and the Twitterverse couldn’t help but discuss what his qualifications were for bagging the role – aside from being Somizi’s man. Some of the tweets which have gained traction included Nkosazana Gembe who stated, “One day this face will be on TV. Upcoming actors and actress, Don’t give up on your dreams.

One day this face will be on TV. Upcoming actors and actress, Don’t give up on your dreams. Connections or no connections, solder on! #mohale #Somizi pic.twitter.com/8L9wXcumiO

Mohale Motaung-Mhlongo has joined the @etv soapie to play Kudzo — a fly by night investor.

According to my sources, Mohale will be on screen for a few episodes.#KgopoloReports pic.twitter.com/jHh4q7Q7Zh

Whilst it was clear that the majority of TV lovers were outraged by the industry nepotism, Phil Mphela decided to withdraw his statements and conversation starters, as he believed that the backlash was getting out of hand. He stated, “This above tweet is not about Mohale CASTING NEWS post. If my tweet does not have #KgopoloReports them I’m not reporting anything just giving my opinion or tweeting nje. Triggered a few people. Let me delete.”

Nna I like my followers to be informed and not just jump on band wagon.

Does Mohale being married to Somizi benefit is industry goals. Yes.

That said there are some industry facts we need to also look at when criticizing his growth.

Mohale chose to ignore the hate and focused on those who showed their support for his acting dream. He thanked many of his followers for their congratulatory messages and looked forward to his debut on the popular weekday show.

The best comeback however came from Mohale’s husband, Somizi, who shared a hilarious GIF, along with the caption, “Sometimes this is the answer u need to give to trolls”.

Sometimes this is the answer u need to give to trolls pic.twitter.com/yE9Z1GaqJ0

According to an official press release from eTV, “Mohale enters the world of Rhythm City as a Head of sponsorship for a big cell phone company. He lives, breathes, and sleeps sponsorship and is always looking for the perfect opportunity to invest. However, little do Rhythm Citizens know that Kudzo will be assuming the role of a false investor, looking to place his investment on a Kilowatt Festival as part of a play that is orchestrated by David Genaro’s daughter, Pearl. At this rate, it seems that Pearl will go to any length to avenge her father’s death, including milking Suffocate of his money.”

It has been 5 years since multi-award-winning SA comedian Trevor Noah, began hosting his renowned The Daily Show, which is filled with dose of unfiltered humor.
In 2017 Trevor signed a 5 year deal to host the show taking over from Jon Stewart, and it has been an interesting ride…Learn More.