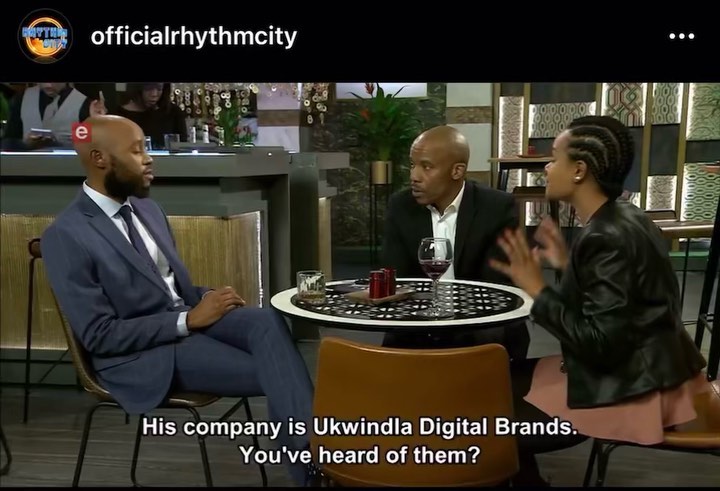 Here is how viewers reacted to Mohale’s Rythm City debut. This follows after entertainment commentator, Phil Mphela broke the news of his casting on Twitter, which ruffled the feathers of tweeps. Social media users dragged him from hell to back and accused him of landing the role due to being married to his famous husband, Somizi Mhlongo.

Angie Mosepidi wrote, “If you want to be in the entertainment industry and you don’t know anyone or have a family member within the entertainment industry, Ur chances of making it in are very slim. Whether ur a good actor or u studied arts won’t even matter.” Some dragged him for not having a formal acting qualification, and said he is shutting down opportunities for students who studied acting.

Delivering a spicy clap back to haters his husband Somizi, shared a hilarious GIF, along with the caption, “Sometimes this is the answer u need to give to trolls”. Mohale decided to keep his head up high and mize the negativity, instead he appreciated the love from his legion of fans who were waiting with bated breath for his debut.

His much anticipated debut left many of his fans on the edge of their collective last night, as they wanted to see him deliver his artistry.

In a press release from the show “Mohale enters the world of Rhythm City as a Head of sponsorship for a big cell phone company. He lives, breathes, and sleeps sponsorship and is always looking for the perfect opportunity to invest. However, little do Rhythm Citizens know that Kudzo will be assuming the role of a false investor, looking to place his investment on a Kilowatt Festival as part of a play that is orchestrated by David Genaro’s daughter, Pearl. At this rate, it seems that Pearl will go to any length to avenge her father’s death, including milking Suffocate of his money.

Despite the backlash some complimented his acting saying he was natural. Even Somizi reckons he was natural and says he looked amazing ” My baby u looked amazing.. u were and are so natural… I couldn’t be a more proud husband.. Keep you eye on the prize and reach for yo dreams and the stars ..I know how hard u work and what take it takes to get where you are i love you,” shared Mohale.

My husband is really my biggest cheerleader, I love you babe! 🙏🏽❤️ pic.twitter.com/HGnfARHCui

#rythymCity@mohale_motaung You’re so natural in this ❤❤ you have killed it 👏👏👏 pic.twitter.com/fdtDXxRb5L

In other news – Shauwn Mkhize opens up: Material things can never give you peace

The wealthy businesswoman and reality TV star has taken to social media to send a sincere and profound message to her fans, talking about her journey to self-discovery…Learn More.

Update about The Walking Dead movie