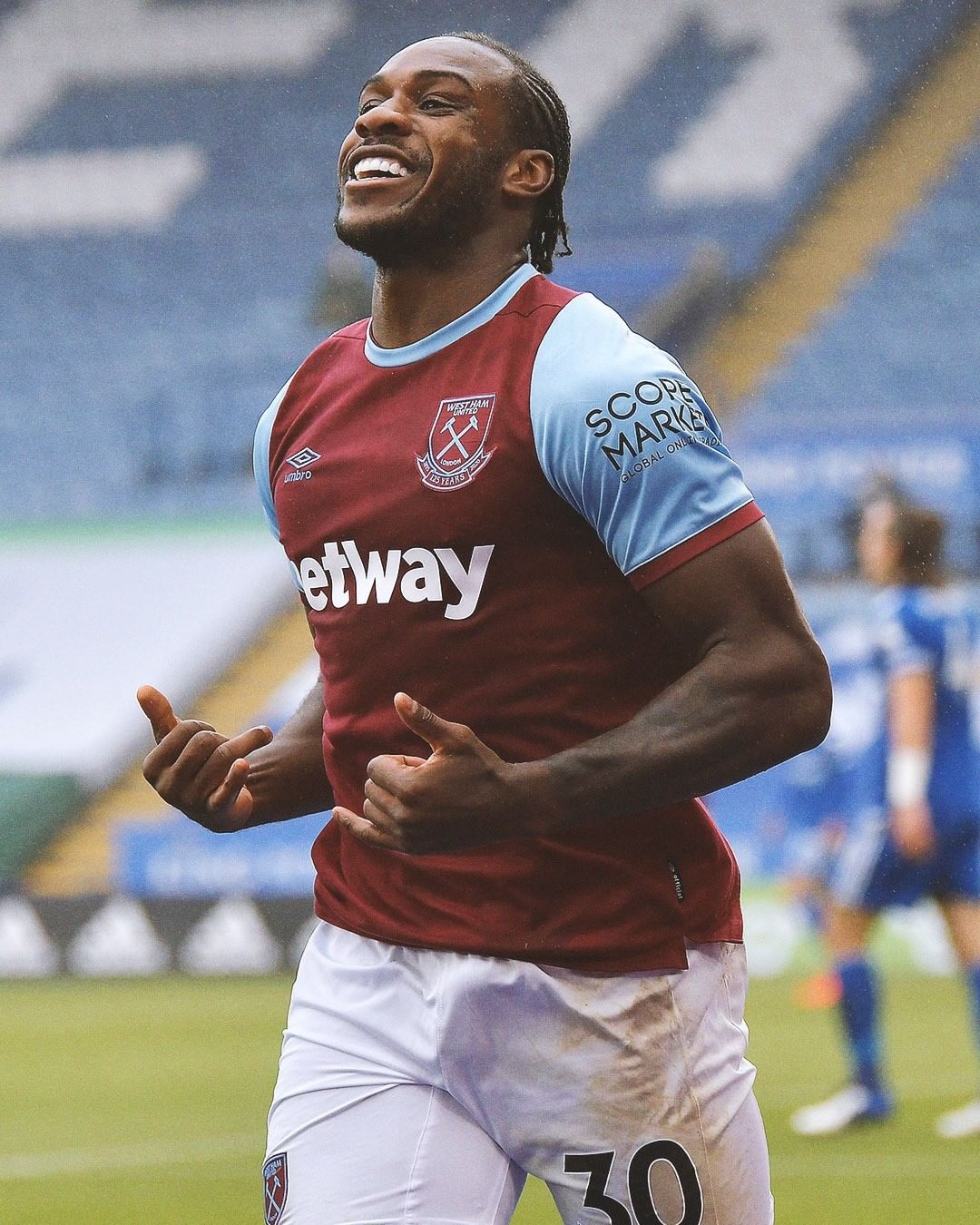 Michail Antonio again as West Ham beat Leicester City 3 – 0. Boss David Moyes was again absent from the touchline as he continues to recover from coronavirus, but as in last weekend’s 4-0 victory, it did not hamper the Hammers, who offered an excellent balance of graft and guile. West Ham picked up where they left off against Wolves last weekend with another impressive display to end Leicester’s 100% winning start to the season.

Ruthless on the break, they did a similar job on Leicester to the one the Foxes did in their brilliant 5-2 win at Manchester City seven days prior. Michail Antonio scored the first, heading in at the back post from Aaron Cresswell’s pinpoint cross from deep after the striker had himself found his team-mate with a quickly-taken free-kick.

Cresswell also assisted the second, but the credit was due more to a wonderful first touch and calm finish from Pablo Fornals, than the defender’s long ball forward.

But for a solid block from Caglar Soyuncu to repel a Jarrod Bowen shot, and a sliding Jonny Evans intervention to stop the ball finding an unmarked and well-placed Antonio, the Foxes would have been further behind before half-time.

In the second half, the brilliant Declan Rice struck the crossbar with a shot from inside the box following a driving run from deep before Bowen sealed the win with a neat finish after collecting a through-ball from Fornals.

For all their possession and territory, Leicester failed to produce a single shot on target, with their misery compounded when Jamie Vardy was flagged offside to rule out a Harvey Barnes finish in added time.

City remain second in the table, but could lose that spot with Liverpool still to play this weekend, while West Ham are up to eighth.The hunters become the hunted
Last Sunday, Leicester pulled off arguably the most shocking result of a season that has already witnessed a month packed with goals, drama and the unexpected.

Forgoing much of the possession on that occasion to vastly-talented opponents City, they were disciplined, unshaken after falling behind to an early goal and utterly destructive when attacking moments presented themselves.

Seven days later, with the onus on them to be on the ball and break down a stubborn, well-drilled opponent, they were ponderous, imprecise and vulnerable when countered.

City can point to the absence of the injured Dennis Praet and James Maddison in midfield as a mitigating factor, but the main reason is down to the performance of the visiting side.

Jamie Vardy was given little space in which to operate by a compact and well-drilled West Ham defence, who were quick to spot and snuff out the threat of the busy Harvey Barnes and Ayoze Perez.

After years of persisting with expensive but ineffective attacking players, the Hammers appear to have hit upon a winning formula in Antonio, Fornals and Bowen – a potent combination of speed, skill, intelligence and willing pressing.

Their energy on the pitch was matched by Stuart Pearce, who cut a path from stand to touchline as the designated middle man between the home-bound Moyes and his assistant Alan Irvine.

Moyes should return after the international break and thanks to a supreme team effort from his staff and players, will be able to pick up with a team very much on the up.

‘West Ham need to be looking up, not down’
West Ham assistant boss Alan Irvine to BBC Sport: “From start to finish the players did a fantastic job in and out of possession. It was everything we asked for. It is all well and good to do this on the training ground but they have to make it happen [in the game]. Everyone did a fantastic job.

“This club needs to be looking up rather than down. Too often we have been looking over our shoulder. I’m not saying we are there yet but we are making steps towards that. “We should have got something at Arsenal and [the result at] Wolves was great, but it doesn’t matter much if you don’t follow it up.”

Leicester boss Brendan Rodgers to BBC Sport: “Everything was missing – it was poor. We started the season well and scored goals but we lacked aggression in our defending and West Ham have shown they are a good side.

“We rushed the game and then gave away two poor goals, it gave us a mountain to climb. They deserved to win, they were good defensively and on the counter-attack.

“We didn’t see the performance coming from us. We have nine points from 12 and we will take that, but today is what can happen in football. “Dennis [Praet] and James Maddison [both injured] give us extra quality and we lacked precision in our passing. We couldn’t get our front players involved and didn’t give the back line a chance to get up the pitch.”