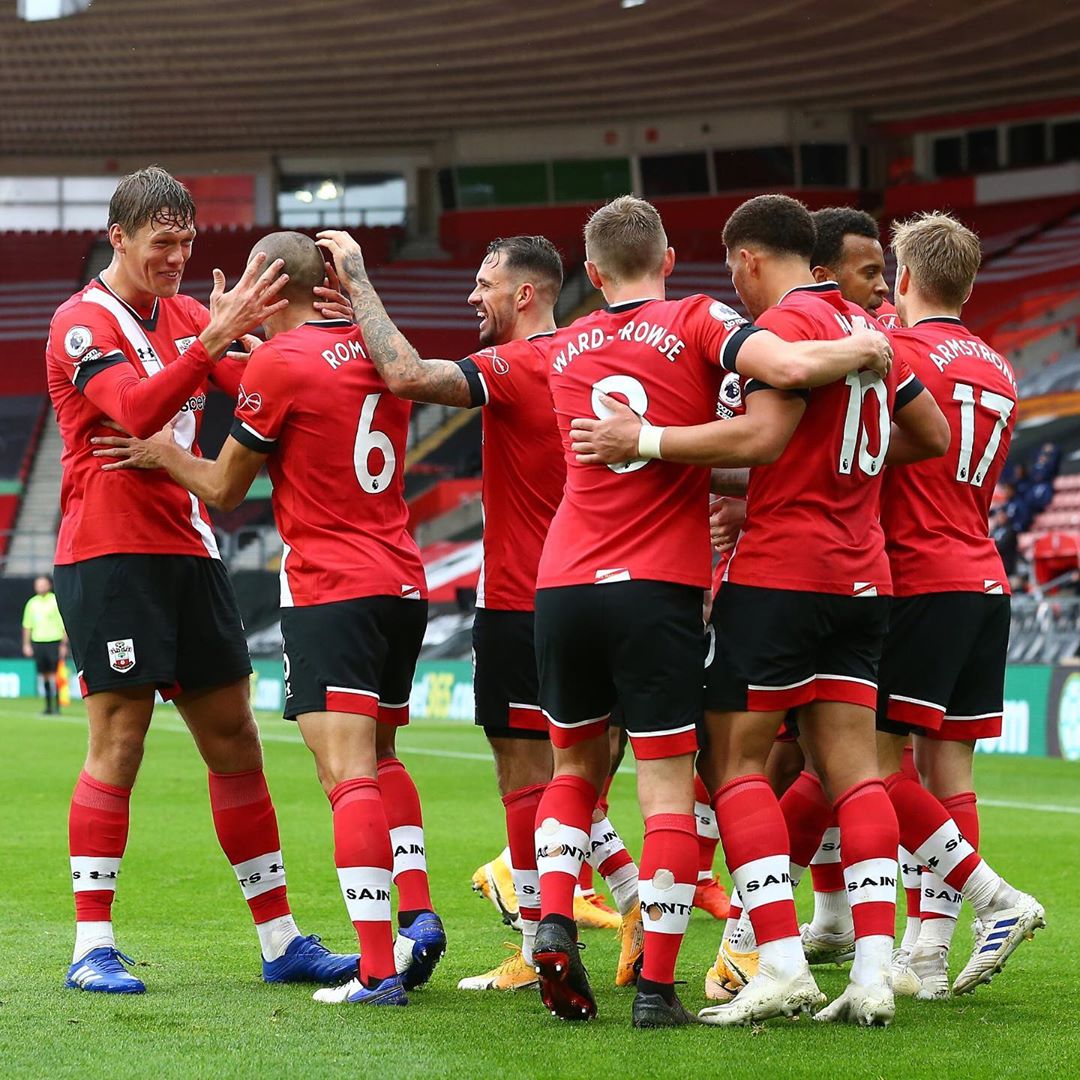 Southampton defeat West Brom 2 – 0. Moussa Djenepo opened the scoring with a clinical finish for the hosts before Oriol Romeu’s stunning strike sealed a deserved win. West Bromwich Albion boss Slaven Bilic said his players “have to learn” but that the Premier League “is not a school” after their disappointing start to the season continued with defeat at Southampton.

The loss means West Brom have managed to pick up just one point from their first four games on their return to the top flight. Asked whether it was a tough learning experience coming up from the Championship, Bilic said: “You have to learn, but this is not a school.

The Saints had lost their first two league fixtures of the season but have now recorded back-to-back league wins with this result.

Djenepo’s opener just before half-time, a clinical finish into the bottom corner, was just rewarded for an excellent first-half display in which only a string of fine saves by Sam Johnstone prevented Southampton from taking the lead earlier.

Johnstone kept out Ryan Bertrand’s curling effort before reacting quickly to prevent Semi Ajayi from diverting the ball into his own net and then stopped Che Adams from pouncing with the follow-up.

The Manchester United academy product dived at full stretch to deny Danny Ings’ header but could do nothing about Djenepo’s smart finish. West Brom were marginally better after the break but still did not trouble Alex McCarthy enough in the Southampton goal.

The hosts made sure of the points when Romeu superbly volleyed in Stuart Armstrong’s cross for his first goal in 20 months.

Southampton moved up to 10th before the rest of Sunday’s matches, while West Brom are 17th after collecting just one point from their first four games.

Southampton have finally started to get into a gear after a slow start to the season and six points from their last two games will send them into the international break on a high before returning to action with two tough fixtures against Chelsea and in-form Everton.

This win will have been a relief in more ways than one for Saints boss Ralph Hasenhuttl as he finally saw players other than Ings score. Southampton have been far too reliant on the former Liverpool striker to come up with the goods, with their three goals in the Premier League prior to Sunday all scored by Ings.

In fact, goals from players other than strikers has been a problem with their previous nine in the league scored by either Ings or Adams, so it will have been pleasing for Hasenhuttl to see two different names on the scoresheet against West Brom.

“Hopefully we can continue this successful run,” said Hasenhuttl. “We need to work as a team together, whether you are a good team you have a good chance to win games. “We have six points now, it makes everything not easier but a little bit more comfortable. We have a tough fixture after the international break, let’s go.”

It has been a tough return to the top flight for West Brom, who are still searching for their first league win of the season. Baggies boss Slaven Bilic has been vocal in his need for attacking reinforcements, having recently confirmed interest in Huddersfield forward Karlan Grant and Leicester City striker Islam Slimani. After Sunday’s game Bilic confirmed he was “hopeful” of getting a deal done for Grant soon.

But goals have not really been an issue for West Brom, having scored 10 in their previous five games in all competitions.

Instead, keeping them out of their own net is proving a cause for concern. The 11 goals they had conceded in their three previous games set a new Premier League record and if not for Johnstone this could have been a defeat by an even bigger margin.

All too often it was easy for Southampton to cut through the West Brom midfield and find space in the defence, while the visitors’ attacking players’ inability to keep the ball in the final third added to the burden on the Baggies backline.

Baggies’ lowest bounce since 1985 – the stats

After the international break Southampton travel to Chelsea on Saturday, 17 October (15:00 BST), while West Brom host Burnley at the same time.