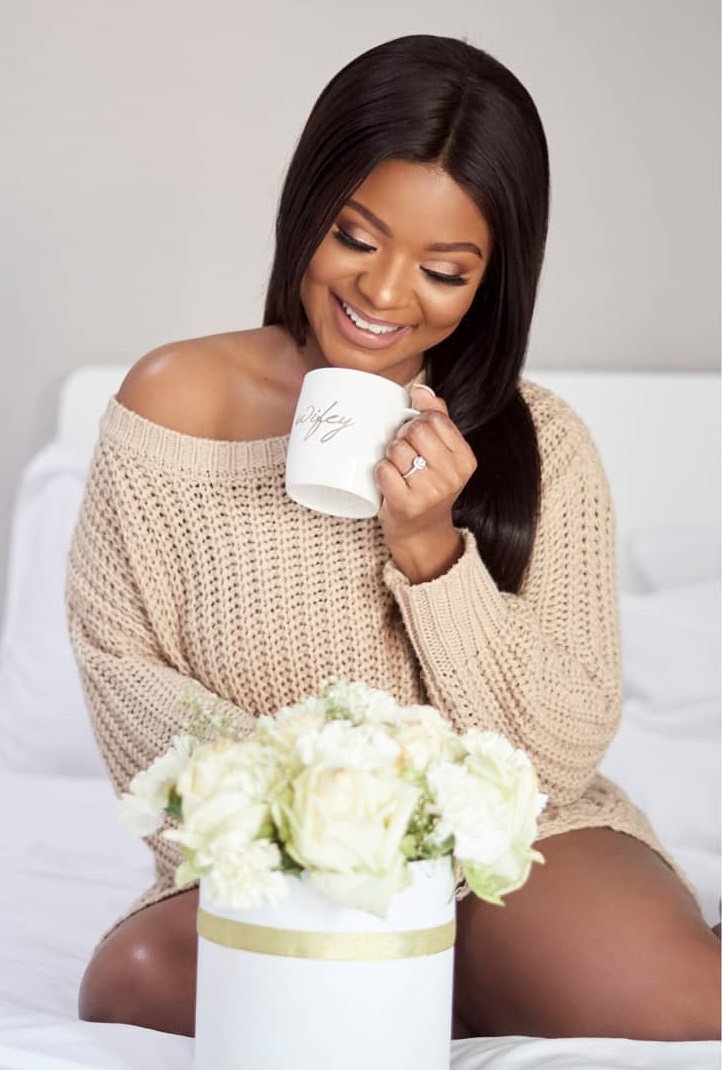 Rhythm City actress Amo Chidi is officially off the market! The actress, who welcomed her first child earlier this year, recently took to Instagram to announce that she’s engaged – posting a picture of herself sitting on top of a bed, holding a mug with her blinged out ring finger.

She quoted a Bible verse in the caption before putting the hashtag #wifey.

“SHE is clothed with strength and dignity and she laughs without fear of the future Proverbs 31:25 To God be all the Glory* #mother #wifey,” she wrote.

Generations: The Legacy actress Manaka Ranaka was left heartbroken at reports of a mother who poisoned her four children. According to EWN, Zinhle Maditla pleaded guilty to four charges of murder at the Middelburg high court on Monday after allegedly poisoning her children with rat poison.

TimesLIVE reported that her children were between 11 months and eight years old. She handed herself over to the police in December last year after she called relatives to go to her house where her children’s bodies were found wrapped in blankets. Read more

Manaka Ranaka weighs in on mother who killed her four children