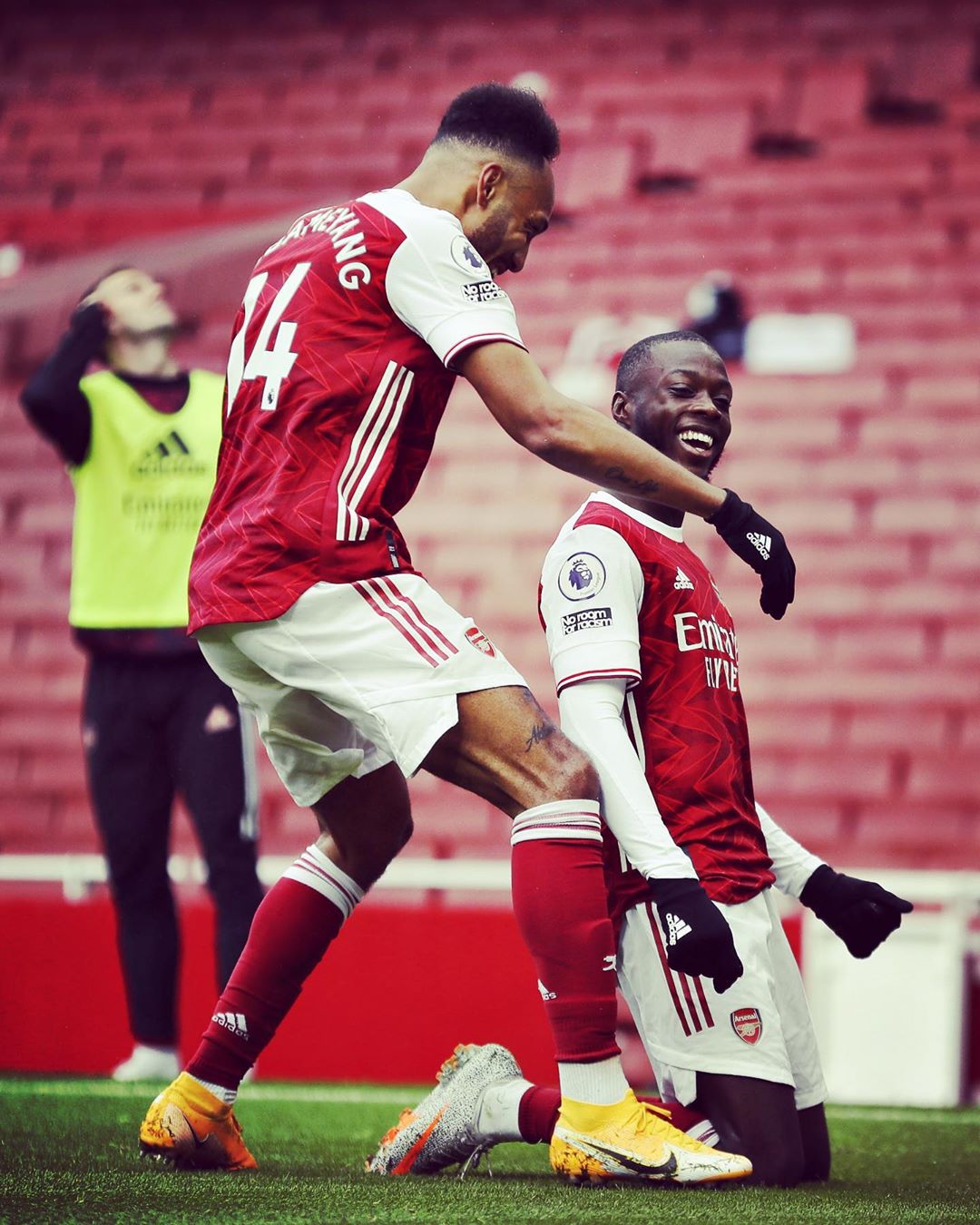 Saka scoes as Arsenal beat Sheffield United 2 – 1. The Gunners did not really get going until the 60th minute when Bukayo Saka celebrated his first England call-up with a header from Hector Bellerin’s cross.

Three minutes later they doubled their lead with Nicolas Pepe’s good run and finish into the bottom corner – finishing off a move with 19 passes.

They looked completely in control until David McGoldrick curled home the Blades’ first league goal of the season.

But it was not enough to affect the outcome and United have now lost seven consecutive top-flight games for the first time since 1975.

Michail Antonio again as West Ham beat Leicester City 3 – 0. West Ham picked up where they left off against Wolves last weekend with another impressive display to end Leicester’s 100% winning start to the season.

Boss David Moyes was again absent from the touchline as he continues to recover from coronavirus, but as in last weekend’s 4-0 victory, it did not hamper the Hammers, who offered an…Learn More.

Related Topics:ArsenalSakaSheffield United
Up Next