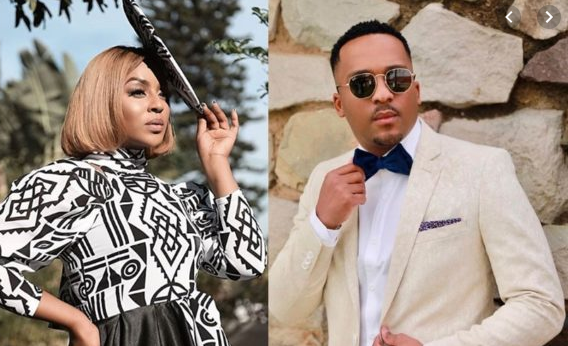 Local actress Jessica Nkosi has confirmed her split from partner Uzalo actor, TK Dlamini. The couple kept their relationship mostly under wraps, making their relationship public with the arrival of their first child together in October.

In a series of now-deleted Instagram Stories on Saturday, the Isibaya actress claimed that TK has been unfaithful during the relationship and that they are longer romantically involved. Speaking to Channel24 on Monday, Jessica verified the authenticity of the posts, saying: “I posted the three Instagram Stories and then went on to delete them about 5-6 hours later.

“I have made the decision to end our relationship. I am no longer with the father of my child,” she added.

Rumours of TK’s alleged infidelity first made headlines in July, when TK attended the Durban July solo. The 28-year-old was quick to put out the rumours, telling Move! “There’s no such, it’s all hogwash. We’re together. We’ve never broken up.”Jessica has since made her return to Instagram, sharing a photo of herself with the caption: “Feeling so light. I am carried by grace. Attempts to reach TK has been unsuccessful, the article will be updated should comment become available.

Local rapper Emtee launched his own record label, “Emtee Records”, making the announcement on Monday. This comes after his departure from Ambitiouz Entertainment in August, when he made an official statement as to why he decided to leave.

Blue Mbombo named one of Glamour’s Most Glamourous 2019

Somizi and Mohale to tie the knot next week: Here’s everything we know